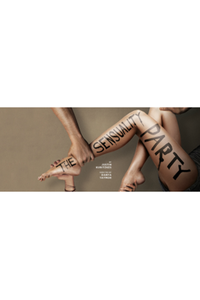 The New Group presents 'The Sensuality Party,' a new play about a group of college students whose lives are changed by a night of sexual experimentation.

Brought to life in common rooms and student unions at college campuses across all five boroughs of New York City, 'The Sensuality Party' depicts six college students–three women and three men–who reflect on an afternoon of group sex they shared during their first semester, and how what began as a rather casual experiment went suddenly and horribly wrong. As they internalize and even fetishize this event, they battle their own disaffection and disconnection from the wider world. Playwright Justin Kuritzkes offers an incisive look at his own post-9/11 generation’s consciousness.

See it if You'll enjoy hearing monologues with sexual intensity, sitting around in a circle and having close eye contact with the actors.

Don't see it if You'll be offended at hearing the "F" word about 200 times; or if your mind will start to wander as it's 1 hour 40 minutes long

Don't see it if You want to be engaged.

Don't see it if sex issues bother you

See it if a young person interested in sex and sexuality on college campuses.

See it if you need more proof that we HAVE to change the narrative about rape.

Don't see it if you have been sexually assaulted. You don't need to spend 90 min letting a 20-something man tell you how you'll never get over it.

"The best part about the New Group’s 'The Sensuality Party' is that you don’t know who the actors are—they’re embedded in the audience and reveal themselves as the show goes on. That element of surprise is the most interesting thing about this overlong, self-satisfied show about campus sexuality and power games...The play’s narcissistic, shallow youths recall the ’80s novel 'Less Than Zero,' but the show falls far short of its predecessor."
Read more

"'The Sensuality Party' might have sufficed as a kind of young-adult 'Rashomon' with a high-verisimilitude gimmick…September 11 factors prominently in the story...But because the connections are so tenuous and unconvincing, Kuritzkes doesn't deepen the sex so much as cheapen the tragedy. And that gives 'The Sensuality Party' an icky, exploitative feel that no graphical description of the group's myriad sex acts manages."
Read more

"Director Danya Taymor fearlessly leads the troop of very gifted, wildly committed, and emotionally honest actors through an investigation of the blurred lines of sexual pleasure and sexual violence. Bravo to New Group/New Works' play development program for plucking a storyteller and visionary such as Justin Kuritzkes, and presenting his concept in such an apropos manner."
Read more

"A smartly written, well-acted piece of meta-theater…By the end the script has artfully used a variety of narrative techniques to give us six characters with all their contradictions, guilts, terrors, and in-and-out friendships…With a high dose of humor and a fittingly ironical ending, 'The Sensuality Party' is a disturbing, fascinating, weirdly funny dive into the psyche of a generation as seen through one very talented writer’s novelistically observant eye."
Read more