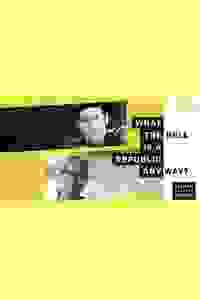 View in admin
What The Hell Is A Republic Anyway
NYC: Virtual
Score it Scored!

What The Hell Is A Republic Anyway NYC Reviews and Tickets

NYTW's Dennis O'Hare and Lisa Peterson use the Roman Republic to investigate our current government.

A Zoom show of political and creative debate. O'Hare and Peterson ask: what can America learn from the republic that inspired ours: the Roman Republic? This political entity lasted for nearly 500 years. This four-episode series brings their collaborative process of theatre-making to the forefront as they turn to the Roman Republic and countdown to the 2020 election.
Read more Show less