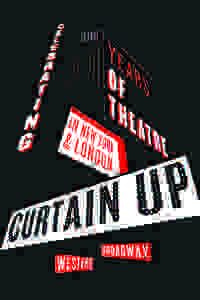 View in admin
Curtain Up: A Special Event
NYC: Upper W Side
89
Score it Scored!

Curtain Up: A Special Event NYC Reviews and Tickets

Curtain Up is an exhibition created in partnership between the New York Public Library for the Performing Arts and London's V&A celebrating 40 Years of theater in both cities.

Curtain Up celebrates both the 40 year anniversary of the Olivier Awards and 70 years of the Tonys®. It tells the story of the plays, musicals and productions that have won both an Olivier and a Tony, exploring the craft and collaboration that creates spectacular international theater. Highlights include costumes and masks from Disney's 'The Lion King;' the original costume designs from "The Phantom of the Opera"; a celebration of the international hit, 'A Chorus Line;' and the original set models for 'In the Heights,' 'Arcadia.' and 'War Horse.'

On February 15, 2017 Show-Score hosted its first member meet-up at this exhibit.  You can visit the exhibit FOR FREE during library hours.

See it if you want the rare opportunity to see some costumes, set designs, factoids & clips from a few of the biggest hits from Bway & the West End.

Don't see it if you're not interested in Tonys & Oliviers. Huge lost opportunity by using award-winners as the through-line, limiting the shows to showcase.

See it if Any theayreaholic would love this evening !

Don't see it if You have no interest in mixing with theatre aficionados !

See it if Want to see a very interesting collection of theater artifacts.

Don't see it if You are not in n New York.

Don't see it if You want to stay isolated

See it if I didn't spend as much time looking at the exhibit as I would have liked because there were so many terrific folks to meet, so I'll have to

Don't see it if ... go back. What I saw was wonderful - illuminating trip through theater history. Thanks to the library for having us!

See it if You want to see a good exhibition of behind the scenes of Broadway and West End shows.

Don't see it if You are not interested in exhibitions and the history of Broadway shows.

See it if Great exhibition, a must see for all theater lovers.

Don't see it if If you are not interested in theater history.

See it if you want to see memorabilia and footage from old and new shows. This is for anyone who loves Broadway and wants to see pieces from history.

Don't see it if you're not a die-hard fan and would be uninterested in seeing props and costumes from the past. Read more