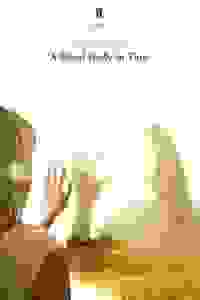 A Dead Body In Taos (London) London Reviews and Tickets

Sam - who hasn't spoken to her mother Kath for three years - learns that she’s been found dead in the desert of New Mexico. When Sam travels to Taos to identify the body, she discovers Kath was embroiled in some shady business, giving Sam an unimaginable chance to rebuild their broken relationship. But to do so, she must decide whether she can finish what her mother started.

David Farr’s new play is an intimate study of bereavement, consciousness, and how artificial intelligence could alter our understanding of death.

"The issue of whether the cyborg Kath is showing signs of humanity cannot be dismissed outright; it becomes another of this play’s intriguing mysteries."
Read more

"Thanks to assured performances from a multitasking cast that we cling on to reach a final scene that is undeniably poignant."
Read more

"A play about love and betrayal, and the way that selfishness clouds us to the needs of those closest to us. It's Farr’s first play for over a decade – and it deserves an equally thrilling follow-up."
Read more

"David Farr’s radioactively intelligent script takes us to the New Mexico desert to explore the uncertain divisions between life and death, love and hate, and humans and artificial intelligence-programmed cyborgs."
Read more

"It could be a beautiful exploration of grief and how our modern lives inhabit a digital world that leaves footprints behind forever ... [there are] questions that frustratingly never get answered or even given room for much discussion and thought."
Read more

" 'A Dead Body in Taos" doesn’t fully hold together. The concept is great, as is the creative team, and the cast is strong, but it feels incomplete; a work in progress. This would be absolutely excellent with a little more focus and tightening of the story, but for now, it is merely good."
Read more