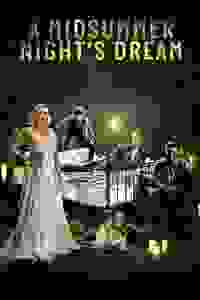 See it if you want to have a good time.

Don't see it if no reason not to. Read more

See it if You're a Shakespeare fan. It was well designed and clever reimagining the characters

Don't see it if You find Shakespeare language confusing. It retains the original script

See it if You love immersive shows, you love modern takes on Shakespeare, you want to feel like part of an event

This is hardly as radical as it seems to want to position itself, but director Nick Hytner... and his fellow creative team of designers... keep the show fast and fluid, fun and occasionally surprising.'
Read more

...a riotously gender-fluid immersive production... Even if you ignore all the bells, whistles and man-snogs, the fact of the matter is that Hytner has assembled a preposterously good comedy cast.'
Read more

...combining eroticism and enchantment, levity and darkness, Hytner’s latest hit scales the heights...it’s not just a show for (almost) all ages but one that deserves to be talked about for years to come.'
Read more

This is not to say it’s not a lot of fun... the production has a timely embracive message, is easy to follow and enjoy. There’s clarity of verse throughout... but what it lacks is clarity of purpose.'
Read more

There are some overblown moments, yet this irreverent interpretation has the atmosphere of a party. It’s best experienced as a groundling in the theatre’s pit, where the sense of mischief spreads like a giant smile.'
Read more