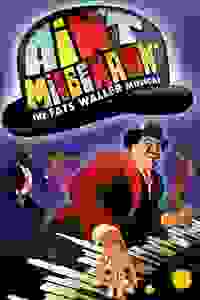 An award-winning musical revue which pays tribute to the Black musicians of the Harlem Renaissance.

Set in 1920s America, Ain't Misbehavin' celebrates the Black musicians who performed in the Manhattan nightclubs and were part of the Harlem Renaissance, a time of great creativity and passion. The original Broadway production won the 1978 Tony Award for Best New Musical. Tyrone Huntley (The View Upstairs, Jesus Christ Superstar) makes his directorial debut with this show!

Yes, there are moments when you want a bit more context, a sniff of story, but such worries fade away...great singing, dancing and staging unite to ensure this music speaks for itself with irresistible eloquence.
Read more

A jazz-hot musical revue. Dancing, singing and plenty of swinging in this joyful tribute to Fats Waller...Huntley and Mabuse build in telling character moments to keep the songs compelling.
Read more

...a stylish, fast-paced evening that aims to send audiences out on a considerable high. It succeeds scintillatingly.
Read more

This plot-free revue based on the songs of Fats Waller is fun but thin...As it stands, it’s a treat for Fats Waller fans, but unlikely to set the casual musical theatre goer’s world alight.
Read more

A show with no driving narrative could be hard to pull off...there may not be a huge amount of depth, but the winning warmth, charm and energy of the cast proves irresistible.
Read more

This production... is ridiculously good fun, and is utterly transportive to the great age of jazz...Whether or not you were a Fats Waller fan when you arrived, you’re sure to be by the time you leave.
Read more

Packing thirty songs into a seamless 100 minutes, this is a feast of stomping, jiving, sexy escapism...Tyrone Huntley's directorial debut is boisterous and full of verve.
Read more