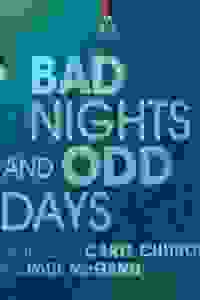 A selection of four short one-act plays from the celebrated and acclaimed playwright Caryl Churchill.

James Haddrell directs a quadruple bill of Churchill's plays: "Abortive", "Seagulls", "Three More Sleepless Nights" and "Not Not Not Not Not Enough Oxygen". "Abortive" follows a troubled married couple while "Seagulls" follows a telekinetic losing grasp of power. "Three More Sleepless Nights" follows an uncertain relationship in flux and "Not Not Not Not Not Enough Oxygen" looks at a couple avoiding the troubles of the outside world. Caryl Churchill is considered to be one of Britain's most important and influential playwrights, best known for the highly acclaimed "Top Girls". Her work is known for its sharp exploration of the personal within the political.

...this evening of rarities is well acted, stimulating yet sluggish. And, at three hours including interval, horribly overlong...Haddrell gets strong performances but offers at least one play too many.
Read more

Director James Haddrell fascinatingly explores the dramatist’s middle distance by bringing together four of the 10 texts collected in a 1990 anthology, Caryl Churchill: Shorts....a celebration of the restless and prolific originality of a great dramatist.
Read more