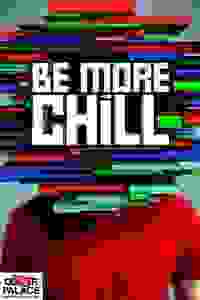 See it if if you would like a musical version of something that feels like an 80s sci fo comedy. Also see it for the kick-ass score.

Don't see it if you need your lead character to have the strongest singing voice. While the characterization is great, the vocals need more work.

Don't see it if You like good music and an interesting story and good vocals.

See it if You’re looking for a quirky contemporary musical with a modern score and a great cast. It definitely has its own unique voice

Don't see it if You’re not a fan of fantasy/sci-fi, you’re looking for something easy to follow

See it if It’s funny, cast are fantastic considering the source material.

Don't see it if Tries to say a lot, but not much to say. With the exception of Michael in the bathroom, the score is forgettable.

See it if You like musicals set in high schools with excellent singing and dancing and catchy tunes.

Don't see it if You're fed up of seeing shows about kids who just want to fit in.

See it if Love to watch something a little different! The opportunity to see upcoming stars.

Don't see it if Aren’t into technology and being down with the kids!

See it if You like a fun teen musical with good set and compelling storyline.

Don't see it if You want completely polished showgirl musicals.

See it if it’s random, crazy and quirky! what’s not to love?

Don't see it if if you prefer more traditional shows, maybe this isn’t the one for you

Glorious misfit musical for the age of oddballs. The soaring joys and plunging agonies of adolescence are treated with humour and heart in this refreshing arrival from Broadway.'
Read more

It’s not grimly didactic, and even if Joe Tracz’s book is thin stuff, there’s a streak of wanton energy to Joe Iconis’s music and lyrics... It helps too that the cast is so vivacious.'
Read more

"Be More Chill’ is not an innovative addition to the crowded canon of male coming-of-age stories. But its saving grace is its willingness to have fun.'
Read more

A coming-of-age story with fabulous, catchy tunes... Be More Chill is sometimes as callow and clumsy as any teenager but I suspect that's precisely part of its millennial appeal.'
Read more

Stephen Brackett’s production fizzes with feel-good energy and the talented ensemble proves once again that although we may not be originating many musicals this side of the pond, we can certainly perform them with panache.'
Read more

It's not a musical that re-invents the wheel despite its imaginative twists and tuneful turns, and the sugar-laden weirdness of Be More Chill might be as odd for some as it is addictive for others.'
Read more

Viral teen musical is like Dear Evan Hansen on helium...It’s easy to see why the bleepy bloopy soundtrack is so popular...But the appeal doesn’t feel much broader than that...'
Read more