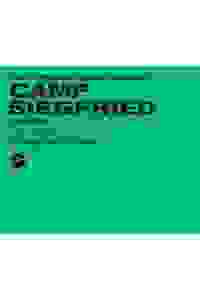 First love at this summer camp is not as innocent as it seems when Nazi ideology creeps in.

Camp Siegfried invites American and German youngsters to spend their summer doing what young people at summer camps do, but all is not as it seems. In Bess Wohl's play, two teens have their flirtation interrupted when they find themselves swept up in a dark operation which seeks to influence impressionable young minds with the dangerous ideologies of the Nazi party. The play is inspired by the real New York-based camp which ran during the 1930s.

See it if you like an educational and insightful two-hander.

Don't see it if simple staging repulses you. Read more

See it if you want to see a simple two-hander where everything is spelled out for you (and you don't mind the Nazi subject matter).

Don't see it if a play about Nazi ideology is going to make you upset. Read more

Rudd’s imaginative direction has time and place changes in sudden whooshes. But the pace feels slow ... for a story that should have a choking intimacy. The pair’s infatuation does not feel truly charged ... it contains an offputtingly self-conscious tone, carefully crafted for cuteness.
Read more

A stealthily powerful play gets the production of its dreams in Camp Siegfried, which marks a high-profile UK presence for the American writer Bess Wohl.
Read more

Katy Rudd’s production makes extraordinary, telling sense of the physical space in the Old Vic. Any comparisons with the political worldview and electoral ambitions of Donald Trump are entirely purposeful. The production is a wonderful achievement.
Read more

The characters have to carry too much baggage fully to convince. The play is however served by a nigh-on faultless production. Ferran and Thallon are inspired casting. Katy Rudd's direction allows them psychological naturalism within a stylised setting and structure.
Read more