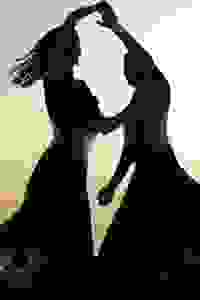 Set in 1903, Somerset, Louie Hooper is a middle-aged woman who knows over 300 folk songs thanks to her mother. The drama follows an encounter between Louie Hooper and Cecil Sharp, a folk music collector who fears that England's folk songs will be lost forever.

Inspired by true events, the folk drama is written by British playwright and writer Nell Leyshon.

Nominated for the 2022 Olivier Award for Outstanding Achievement in Affiliate Theatre.

Don't see it if you don't like English folk music!

In this stiff production by Roxana Silbert, Nell Leyshon’s “play with songs” about the history of English folk music addresses interesting questions about who owns a nation’s culture with clunking obviousness.
Read more

...Leyshon explores questions around the archiving and ownership of an oral tradition, capturing all the nuance in the debate, from whether it needs preserving in this formal way to if it can remain authentic in that process.
Read more

Folk is about so much more than musical tradition though...Like the music that inspired it, Folk deserves to be around for a very long time.
Read more

Described as a play with songs, the text is littered with folk music favourites and bursts off the stage with an autumnal accompaniment of fresh morning breeze and birdsong designed by Tingying Dong.
Read more

All in all, watching Folk is an agreeable experience, but by the end you hanker for more grit, to have seen something wilder and darker, like the tones of Haque’s voice.
Read more

I wished only that we were not confined to a basement theatre. This play pines for fresh air – what a wonderful outdoor piece it would make – with a field or three in view.
Read more