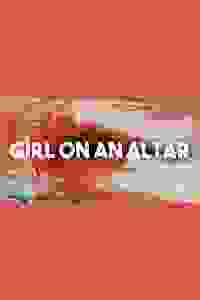 View in admin
Girl on an Altar (London)
London: Kilburn
80
Score it Scored!

Girl on an Altar (London) London Reviews and Tickets

Marina Carr's new re-imagining of the dark Greek myth of Clytemnestra and her husband Agamemnon.

During the Trojan War, commander Agamemnon sacrifices his daughter so that the Achaeans can sail to Ilium. Ten years following the tragic death, Agamemnon reunites with his wife Clytemnestra who is out for revenge.

A tragic drama about love, grief and power.

Don't see it if You don't want actors stripping and making fake love in the bed.

See it if You are wondering how Clytemnestra could handle things…

Don't see it if You are a strict classicist

The production does have occasional longueurs ... But Walsh and Walmsley are magnetic throughout and Carr’s words are a delight to hear, even at their most bleak. Bracingly good.
Read more

The lighting and sound take on a stupendous force ... With Tom Piper’s spare set design, the combined effect is astonishingly atmospheric.
Read more

It’s a shame ... that Carr spells out every idea instead of trusting in Annabelle Comyn’s atmospheric staging. The second half loses steam as the family drama grows increasingly convoluted. It’s the women who are unforgettable here.
Read more

There's ... a little too much directing of the audience towards the suffering of women. The flaws are far outweighed by the strengths in Carr's vision of the story.
Read more

[Eileen Walsh and David Walmsley] are tectonic performers with arresting chemistry. Despite its imperfections, it is this disturbing vision that will stay with you long past the bloody finale.
Read more

Annabelle Comyn’s fortifying production has a contemporary/timeless setting. Eileen Walsh gives a hugely impressive performance as Clytemnestra. The nature of classical drama in which key events take place off stage can be disassociating.
Read more

Eileen Walsh ... is a glorious Clytemnestra. It doesn't feel as if breaking point is approached ... the pace drags despite the strength of the performances and the richness of the writing. Walsh is utterly commanding, but both the premise and the direction needlessly maroon her.
Read more