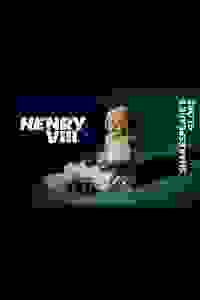 Shakespeare and John Fletcher's 'Henry VIII' is a quasi-historical play about power, ambition and the desire for an heir to the throne.

In this bold revival, our central protagonist is a Queen rather than a King where the drama is explored from the female perspective.

Directed by Amy Hodge and written in collaboration with Hannah Khalil ('A Museum in Baghdad').

See it if Great staging and acting, a clever take on Shakespeare from a female perspective. It's not a classic staging but you're in the Globe!

Don't see it if you're offended by bawdy humor and you only want classic stagings of Shakespeare. Seats might be uncomfortable for a long show.

See it if Incredible bold feminist reimagining of a kinda shitty Shakespeare play. I loved it. Standing tickets are best for the immersive experience.

Don't see it if You're a purist

See it if An entertaining take on the play which was enjoyed.

Don't see it if you want to see men in tights

See it if You are a Shakespeare canon completist

See it if you want to see a modern, surprising, and engaging take on the bard. Audience participation was VERY enjoyable and totally surprised me

Don't see it if shakespeare is tough for you, though it's so well delivered that language isn't much of a barrier really. You dislike gold phallic objects

Don't see it if You like traditional shows - was odd with giant penis' and balls - no flow!

See it if Quirky Is the right word to describe this production. It’s a very different take to most interpretations of Henry VIII but we enjoyed it.

Don't see it if Director tried to make a serious play funny and in parts succeeded. The language is occasionally tortuous. Don’t go if your easily shocked.

See it if You enjoy Shakespeare and like a slight twist on the formula. Standing tickets are super engaging as the standing area is part of set

Though it has flashes of brilliance, Amy Hodge’s splashy, revisionist, female-focused staging makes Shakespeare’s troublesome late history play even more of a mess. There’s enough going on here to please nerds and Shakespeare completists, but I can’t honestly recommend it to anyone else.
Read more

The play itself feels slightly disjointed. It is worth seeing this production for curiosity value alone but dramatically it feels like a lesser performed work for a reason.
Read more

The first act takes a while to crank into gear, and Hodge doesn’t always accommodate some of the show’s visual riffs ... to a cast who rarely seem to inhabit the same play.
Read more

Do what needs to be done to make a middling play sizzle. Dramatically, though, nothing much does. Georgia Lowe’s purple and gold design is one of several successes of staging.
Read more

Hodge's production has a slight sense of hurling everything at the wall to see what sticks. It's messy but appealing, and about as subtle as being smacked over the head ... but you're unlikely to be bored.
Read more

This production valiantly transcends the scratchiness of the script with a bold aesthetic, punchy performances and a well-judged musical score. Even with Khalil’s additions this work will never be ranked as one of Shakespeare’s greats, but it’s worth a look.
Read more

Amy Hodge’s production is bawdy and more-or-less ahistorical, playing a bit like a pastiche. The production is probably most effective when it eschews the gimmicks. Debbie Korley and Anna Savva are good value as a pair of gossiping ragamuffins.
Read more

Casting Bea Segura, a Spanish actor in the role [of Catherine of Aragon] further renders the historical woman more real to us now. All the profound, well-wrought speeches are an actor’s dream. Henry VIII [is] a very clever, funny and absorbing two and a half hours of pure theatre magic.
Read more