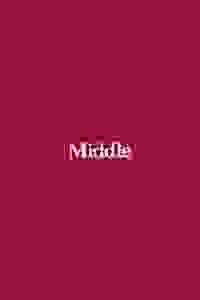 A new play which explores love and marriage in the modern-day by playwright David Eldridge.

David Eldridge pens the second piece in his trilogy of plays. His first bittersweet comedy 'Beginning' was about a pair of singletons who meet and debate whether they should get together.

Eldridge's second piece is about a married couple Maggie and Gary who find themselves at a difficult crossroads. Eldridge is a British playwright and writer who has had his plays produced on the West End and Broadway.

Following sell-out runs of 'Beginning' at the National Theatre and the West End, Elridge reunites with director Polly Findlay ('Rutherford and Son', 'Beginning') for this production.

See it if you like shows that have something to say,that explore relationships,that are real and touching and very well done.Great set, great staging.

Don't see it if you want a light frothy musical.There's humor here, but mainly it will make you think about your own relationship & how to keep them fresh.

See it if you want to see realistic spousal life. Endearing love & so much more, full of humour & heartache, hoping for healing & happiness.

Don't see it if you want to see busy, hectic.

See it if You want to see world class actors at the top of their game make you believe you are watching reality. Mesmerising, poignant and brilliant.

Don't see it if You want an old fashioned, lots-of-characters-on-stage, noisy, lavish costume and set. This is quietly, subtly masterful.

See it if You enjoyed Beginning.

Don't see it if You want to witness good acting.

It comes down to the performances. Maggie detonates a bomb under the marriage in the first five minutes ... Rushbrook eloquently unpacks what brought the character to that point. Ryan’s Gary is sometimes oafish ... but more often a quietly poignant figure. Together they excavate a marital pit of regret.
Read more

It is an arresting opening to a marital reckoning which is a confrontation with midlife itself. It feels like a true and tender representation of a marriage in its middle stages, a drama that is tepid at times, a little plodding and soft around the edges.
Read more

Sad to say, Middle ... [lapses] into dull, meandering exchanges which ... [only] prompted ripples of laughter. Eldridge hasn’t given [the characters] enough depth, and director Polly Findlay hasn’t found a way to make the marital duel convincing enough to hold our attention.
Read more

The writing is at times wonderfully acute and funny ... But this recognisable honesty in the writing is undermined by odd notes of contrivance ... [it's] true to life, but not necessarily riveting drama.
Read more

Though sincere, Eldridge’s portrait feels too conservative and inconsequential. It basically boils down to a white, straight couple with a conventional family life, who are grappling with problems that many viewers could only dream of.
Read more

The representation of Gary the City boy feels too uneven – and often too humorous. This makes the 100-minute play too funny to be tragic, too erratic to be compelling and too uncertain to be truly raw. Despite this, however, Findlay’s production ... is for the most part lovingly detailed
Read more