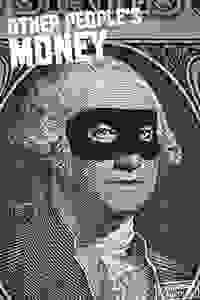 View in admin
Other People's Money
London: Elephant and Castle
Score it Scored!

A revival of the award-winning play which inspired the hit Hollywood film starring Danny Devito.

Generally, the play is better at the money than the people: any time it tried to explore the characters’ relationships with each other in greater depth, I really wished it hadn’t... this dated period piece is still pretty entertaining.'
Read more

Revived in our age of economic collapse and austerity, it is a timely rumination on the amorality of unfettered free-market capitalism...None of the characters... create the necessary tension or tenderness between them.'
Read more

The plot feels quite thin to sustain two hours, but nevertheless this is an intriguing snapshot of an era that created many of the issues we’re dealing with today.'
Read more

Greed is good or at least entertaining in feisty Off West End revival... Deft and funny and nicely cast, what's not to like about 'Other People's Money'?'
Read more