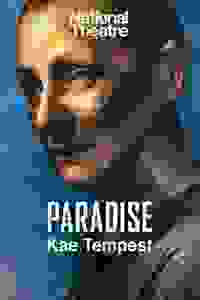 An all-female cast bring Greek legend to life as revenge and escape vie for an outcast's attention.

Winner of the Ted Hughes Award and two-time Mercury Prize nominee Kae Tempest turns her attention to Greek legend. In "Paradise", war hero Philoctetes sees his glory days well and truly behind him. Cast out to a remote island, he sees the arrival of a soldier for its potential opportunities, but the arrival of a second newcomer turns his attention to revenge. Directed by Ian Rickson ("Translations") and designed by Rae Smith ("War Horse"). Lesley Sharp (ITV's "Scott and Bailey") stars.

But I couldn’t find much of an emotional way into Ian Rickson’s production via its leads – thank the (Olympian) gods for the chorus then...Tempest and Rickson’s oft-whimsical reimagining of it tends to add to the strangeness rather than subtract from it.
Read more

But it all feels too much, too big and too messy, with frustrating longueurs. Like the figure at its heart, Paradise is fatally flawed, but heroic none the less.
Read more