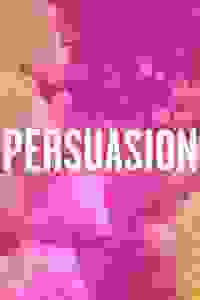 Anne Elliot never overcame her regret for declining Frederick Wentworth's proposal due to his poor prospects. But when Wentworth returns - rich, handsome, and prosperous - Anne is forced to confront her past.

'Persuation''s soundtrack features artists such as Dua Lipa, Frank Ocean, and Cardi B in a modern telling of this 19th-century novel.

Quite what Jane Austen would make of this very 21st-century updating of her final novel is anyone’s guess, but one thing’s for certain: It’s as innovative and funny an interpretation as you’re likely to see.
Read more

This is a joyfully silly take on Persuasion – with just enough sense (and sensibility) to hold the whole thing together...The ensemble cast perform with comic panache, but there are grains of truth beneath all the grandstanding.
Read more

The play examines the highs and lows of love and marriage, as well as the choices women face concerning it, in a lively and vibrant production full of surprises.
Read more