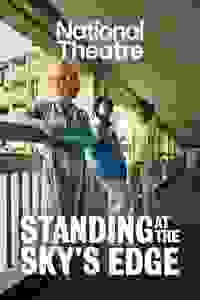 View in admin
Standing at the Sky’s Edge
London: Waterloo
Buy tickets from £38 from the Box Office
Score it

Standing at the Sky’s Edge London Reviews and Tickets

The London premiere of an award-winning British musical that serves as a love letter to Sheffield.

Poppy wants to escape London, Joy & Jimmy want to spend the rest of their lives together, and Rose & Harry want the new life they’ve been promised.

'Standing at the Sky’s Edge' charts the history of modern Britain told through the stories of three generations over the course of six tumultuous decades.

Set to songs by Sheffield singer-songwriter Richard Hawley, 'Standing at the Sky’s Edge' explores the power of community and the notion of home.

The Artistic Director of Sheffield Theatre, Robert Hastie, directs this production, which won Best Musical Production at the UK Theatre Awards and the 2020 South Bank Sky Arts Award for Theatre.