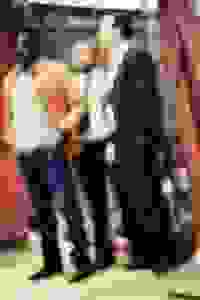 The revival of Barrie Keeffe's drama exploring the historical police brutality experienced by the black community.

It's 1979, and Delroy, a young black father, believes he has been brought into a South London Police Station as a SUS - suspect under suspicion.

Unbeknownst to him, two white male police detectives are tasked with drawing a confession from Delroy for an unspeakable crime. He is subjected to horrific abuse and faces the reality of an institution teeming with racism, misogyny, corruption, and violence.

See it if you want to see a powerful play. Suspects set up in a system that's designed to fail them. In your face shocking!

"This is an abhorrent snapshot of history that brings shame on today’s failure to progress and the police brutality of now."
Read more

"There is no room to hide in a production of Keeffe’s play: text, staging and cast all have to be in perfect symbiosis. ...The entire creative team here, have indisputably achieved that."
Read more