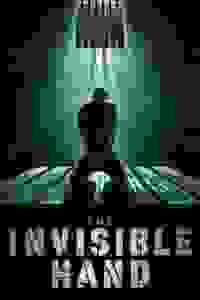 An intense political drama which follows an American banker imprisoned in Pakistan.

"The Invisible Hand" looks at corruption and the balance of power when finance and politics weigh in on one man's fate. Tony Award-nominated and Pulitzer Prize-winning Ayad Akhtar's play premiered to sold-out audiences in 2016. Director Indhu Rubasingham now returns the play to the stage.

Ayad Akhtar’s claustrophobic four-man thriller has made a winning return, five years after it was first staged here.
Read more

[The Invisible Hand is] the sort of juicy, thorny, knotty one-room play that gets the blood pumping – remarkable given that extended passages just see two men argue while looking at a laptop screen.
Read more

Reviving her 2016 production, Indhu Rubasingham excels in her directorial signatures of pacy staging combined with clarity of narrative and characterisation.
Read more

All four are strong, but Karim (the lone newcomer to the cast) takes the production to new heights. His bombastic Bashir is likeable to the end – which makes him a great foil for Nick, who just doesn’t tug on the heartstrings in the same way.
Read more

[The Invisible Hand] really is edge-of-your-seat theatre that had me pondering the maxim ‘power corrupts and absolute power corrupts absolutely’.
Read more

Indhu Rubasingham’s stage is smoky and claustrophobic, the combination of silence and explosions of sound, darkness and blinding white light all creating a visceral experience.
Read more