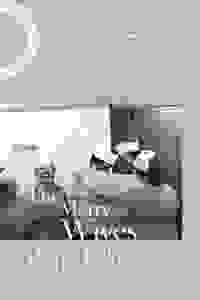 View in admin
The Merry Wives of Windsor
London: Southwark
Score it Scored!

The Merry Wives of Windsor London Reviews and Tickets

Elle While directs a new production of Shakespeare's comedy about marriage, money, and deceit.

When Sir John Falstaff falls on hard financial times, he seeks to turn his money troubles around by wooing the wealthy Mistress Page and Mistress Ford. The new production is directed by Elle While (Hamlet, As You Like It). The cast includes Olivier Award nominated actress, Bryony Hannah (Call the Midwife, The Children’s Hour) as Mistress Ford, Pearce Quigley (Detectorists, Hamlet, As You Like It) as Falstaff, and Sarah Finigan (Suffragette, Upstart Crow, Globe on Tour).

Shaking your fist at this play’s ridiculousness is...pointless...The only thing for it is to enjoy some of its most memorable moments...a comedy that’s lost some of its jokes but none of its central poignancy.'
Read more

...the disparate elements may yet coalesce into a more satisfying whole... But there is certainly a lot here to like... Quigley's Falstaff would be worth the price of a ticket by himself.'
Read more

Jazz-age, MeToo-friendly comedy with a few bum notes...there is precious little sense of this production engaging with the politics of the present moment.'
Read more

a production that frantically contrives to over-egg whatever scraps of humour it can lay its hands upon... Like too many Globe efforts of late, this is not fully formed in its conception...'
Read more

...this 1930s-set production directed by Elle While wisely embraces [the play's] fluffiness and proves a popular crowd-pleaser. It takes a very free hand with the text, with many of the biggest laughs coming from additions.'
Read more

A gallimaufry of acting styles... Theatre's best early sitcom gets plenty of laughs, despite some miscasting.'
Read more

Like fighting fire with fire, the Globe has taken Shakespeare’s silliest comedy and made it even sillier...In the scrummage to squeeze out the laughs, the storytelling becomes a little muddy...'
Read more