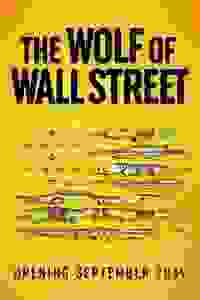 View in admin
The Wolf of Wall Street
London: Shoreditch
Score it Scored!

The Wolf of Wall Street London Reviews and Tickets

An immersive production of the scandalous story of Jordan Belfort based on the 2014 film.

Audiences are invited into the world of Jordan Belfort, the former stockbroker who engaged in a series of fraudulent deals and was eventually convicted for his outrageous crimes. Based on the 2014 film which starred Leonardo DiCaprio in the title role.

Energetic but to what end? Jordan Belfort memoirs translate unpleasantly, even unnecessarily, to the stage...'
Read more

Like being trapped on a desperate stag do... Most of the cast work hard to keep energy at peak levels and to improvise banter, but as a piece of theatre, it’s far from thrilling.'
Read more

This is immersive theatre as corporate jolly, and it’s every bit as tawdry as you’d expect from such a venture... Ultimately, the biggest crime committed...is the criminal waste of a good cast.'
Read more

In this immersive show we are promised a globetrotting night of drugs and sex…but are left loitering in a living room...'
Read more