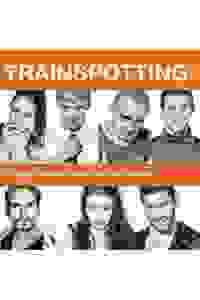 An immersive adaptation of the Oscar-nominated 1996 movie.

Heroin addict Mark Renton stumbles through life and attempted sobriety with his unreliable friends - Begbie, Sick Boy, Spud and Tommy - and his underage girlfriend Diane at his side. After getting clean and moving to London, Mark finds he can't escape the life he left behind when Begbie shows up at his front door on the lam, and a scheming Sick Boy follows.

In Your Face Theatre’s production has performed at five sell-out Edinburgh Fringe seasons and won the Sunday Times Award for Best New Play.

See it if you’re a fan of the book/film and/or you love gritty absorbing immersive theatre. This is an intense show.

Don't see it if you’re prudish, don’t like swearing, actors interacting with you. and beware of the splash zone around the toilet…

See it if Second time I've seen it. This story never gets old.

Don't see it if You don't like immersive shows, nudity and uncomfortable situations. This is not a comedy. It's a difficult shaw to watch but amazing.

See it if You want to see an intimate show with a great cast, minimal staging used to maximum effect and well portrayed, very edgy characters

See it if You liked the books and movies

Don't see it if Well..go see it anyway

"This show is not going to be to everyone’s taste. It’s probably the most full on, offensive and challenging production you will ever attend. But it is magnificent and it is timely."
Read more

"It is at turns hilarious and stomach-churning ... you can feel too pummelled to take it all in. But it also gives Welsh’s book the authentic tang of young lives lived on the edge."
Read more