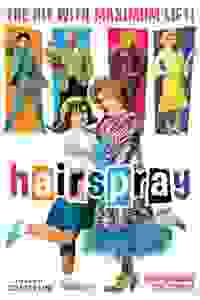 Set in 60s Baltimore, plus-sized Tracy Turnblad has big dreams of starring on her local TV dance show which features the dreamy Corny Collins. When Tracy's audition makes her a local star, she joins a stirring movement which advocates for racial integration on the television show. Olivier Award winner Michael Ball reprises his role as Edna Turnblad.

See it if you want a show filled with youthful joy and energy, brimming with excellent songs that are instantly catchy and memorable.

Don't see it if you don't want any kind of nuance from the film version.

Don't see it if family friendly musicals aren’t your preferred choice of theatre.

See it if You like the music and the film.

Don't see it if You can’t get seats close to the stage. Read more

See it if Joyous!

See it if A fun epic musical, with great big numbers. A fun night at the theatre with some more heartfelt moments included as well.

Don't see it if If you don't like musicals.

See it if you love the film and enjoy light hearted, upbeat musicals with lots of sparkles and razzle dazzle!

Don't see it if you don’t like the film, or prefer a more serious piece of theatre

See it if You love to be welcomed to the 60s with the nicest kids in town !

Don't see it if You hate feel good shows.

See it if You enjoyed the film. You like big flashy musicals. Catchy songs, big dance numbers. Funny with a heart and some thought provoking moments.

Don't see it if You don’t like big flashy musicals.

All the elements are there, in bundles. There is no weak link in the performances either. The show weaves elements of gospel with cabaret, pantomime, musical hall comedy and classic West End show musicality. This runs its own risk of disharmony and entertainment overkill, but it unites those forms, excelling at them all.
Read more

It is hard to imagine a show more suited to ushering in a post-pandemic era of lavish crowd-pleasing theatre. Ultimately, you'd have to be a pretty miserable soul not to enjoy this uplifting belter of a musical. It's a little like being force fed vitamins. Truly life-enhancing: great fun but so much more.
Read more

For all these splendid performances, the night needs a star in whom we can believe and we get one in Lizzie Bea. She gives us a Tracy Turnblad brimming with charm and wit, artless but bright, vulnerable but determined.
Read more