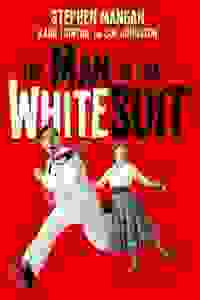 View in admin
The Man in the White Suit
London: West End
Score it Scored!

The Man in the White Suit London Reviews and Tickets

British comedy centred on a textile worker who discovers a uniquely indestructible fabric.

Adapted for the stage by Olivier Award winner, Sean Foley, "The Man In The White Suit" is a British comedy about a textile worker who invents a fabric that causes much alarm amongst the local trade unions and manufacturers. Cast includes stars Stephen Mangan (Episodes), Kara Tointon (Eastenders) and Sue Johnston (The Royle Family, Downton Abbey).

I'm not sure writer-director Sean Foley knows quite where things are going wrong, so he keeps driving the comedy in ever more convoluted, desperate directions.
Read more

Overall, this looks like an attempt to emulate Richard Bean’s hit, One Man, Two Guvnors...but ultimately it’s not quite enough to save the enterprise from mediocrity.
Read more

...A riotously busy, squealing farce. It’s enjoyable on its own terms and boasts a fine performance from Stephen Mangan but it lacks the Ealing touch.
Read more

The pace is always slightly too fast or too slow for the gags...Subtlety and true wit, there is none.
Read more

Part of the problem with Foley’s version is that it doesn’t know what kind of show it wants to be...It ought to be fun to watch. Instead you find yourself glancing at your watch.
Read more

It’s all so effortful and strained, stuffed to the brim with slapstick, fart jokes and people getting smacked in the knackers...Hard as the cast works, and they work very hard, the whole thing feels laboured.
Read more

Sparks but no combustion in this chemistry farce
Read more

Overall, none of it seems calculated to leave an indelible impression. Yet for those in need of diverting fluff, it should suit well enough.
Read more