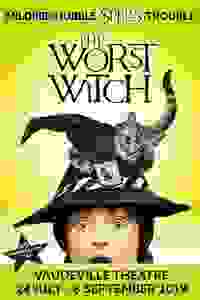 The production values are high for a kids’ show, which has lots of flash and bang...you have something really magic, a third of the length of ‘The Cursed Child’ and a gazillion times funnier.
Read more

Ultimately, this is a splendid piece of West End theatre for primary school-age children, with enough arch jokes to please the parents. Best of all, perhaps, is the way this all-female show remains true to the unpackaged feminism of Murphy’s original books...
Read more

...it's hard not to get swept up in the meta theatrical magic conjured by those on stage. A cauldron of delights perfect for a family summer show.
Read more