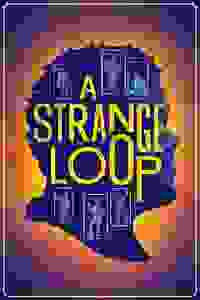 In this meta, meta-theatrical musical, Usher is a Black, queer writer, writing about a Black queer writer, wrestling with the thoughts in his head, brought to life onstage by a hilarious, straight-shooting ensemble.

The show had an award-winning world premiere at Playwrights Horizons in 2019. The Broadway production has been nominated for the most Tony Awards of the 2021-2022 season, with 11 nominations, including Best Musical and Best Original Score.

Jaquel Spivey is making his Broadway debut as Usher, and he received a Tony nomination for his performance. John-Andrew Morrison and L Morgan Lee, two of the six actors who play Usher's 'Thoughts.' also received Tony nominations. Lee made history as the first openly trans actor to be nominated for a Tony.

See it if you want a small Broadway musical with a big heart that speaks to issues one confronts from family, friends and strangers when different.

Don't see it if you do not like honesty presented with humor, current language and song.

92
Musical about usher/u, a self-doubting young black queer man whose parents condemn his queerness writing a musical about that self-same man; magnificent!

Don't see it if few memorable tunes or lyrics; some may be turned off by subject matter Read more

See it if you enjoy meta shows or those with deeply introspective characters wrestling with their identities.

Don't see it if you only like traditional narratives or graphic discussion of sex acts and race make you uncomfortable.

See it if You have seen every other show and want to add another one to your list.

Don't see it if You are not interested in a very preachy and whiny show.

See it if No ifs about it. See it.This is what theatre is all about--entertaining, insightful, touching, current.Performances are beyond great.Just go

Don't see it if you are a bigot.Actually you are exactly who should see it.Open your eyes to the challenges of being black, of being gay, of being young. GO

85
Tuneful, Hopeful, Walk a mile in his shoes, Jagged, Something you've never seen before

Don't see it if can't travel in someone else's shoes, can't accept cultural/sexual/human differences, don't want to hear about them, love Tyler Perry

See it if interested in a meta show about an overweight,queer,black musical theater writer. Funny, smart, unsettling, heartbreaking, joyous, raunchy.

See it if you’d enjoy a hilarious, sometimes gut-punching look into the inner thoughts of one man, witnessing his hopes, fears, dreams & insecurities

Don't see it if you want something with less substance and more popcorn.

"It seems as if there is no measure of praise that could be too much; after all, this is a show that allows a Black gay man to be vulnerable onstage without dismissing or fetishizing his trauma, desires and creative ambitions. Now that’s some radical theater."
Read more

" In a Broadway landscape dominated by shows that often seem designed by corporations for audiences of focus groups, Michael R. Jackson’s musical is the defiant product of a single and singular authorial vision. This wide-ranging intravaganza takes a deep dive, often barely coming up for breath, into a whirlpool of ambition and frustration as Jackson's seeming alter ego—a queer, Black writer-composer named Usher (Jaquel Spivey)—struggles to define himself amid traps of sex, race, family, body image, religion and entertainment. It’s screamingly funny and howlingly hurt, and it’s unmissable."
Read more

"Jackson's work reveals itself in new and exciting ways at every turn, endlessly keeping the audience on their feet. His score is packed with maddening melodies and clever rhymes. It's a fresh, erratic, and inspiring first work that's both wildly specific and incredibly human."
Read more

-"Even truth can be subjective, but 'A Strange Loop' doesn’t stoop or pander to solicit understanding and empathy. Undoubtedly there are details that may elude typical (read: white, straight, affluent) Broadway theatergoers, language and references specific to Black and/or queer culture presented here without explanatory commas. While 'A Strange Loop' may feel 'radical' to some (in the parlance of Usher’s mom), to others it will be a rare and revolutionary moment of recognition."
Read more

"Fluidly directed by Stephen Brackett, with Raja Feather Kelly’s clever choreography punctuating Jackson’s delightfully brash score, 'A Strange Loop' grabs hold of us the moment Usher concludes that funny introduction. If the show begins to lose a little steam – but just a little – towards the end, it’s only because Jackson has already made his points so clearly, pointedly and winningly."
Read more

"The composer-lyricist already has that Pulitzer, but now he deserves the Tony. Spivey should get one, too. Heck, give 'A Strange Loop' a lot of Tonys. That’s only just, for the best Broadway musical of the season."
Read more

"Spivey ― who is vulnerable, sassy, inquisitive, and incendiary ― grounds their work, not because he overwhelms the stage through sheer power and vocal charisma, but because he knows how to pull back and allow us to come to him. His performance is a conversation between his onstage partners and the audience that shows us we will fail, and we can try again until we finally overcome our own strange loop. This is art as activism in its highest form."
Read more