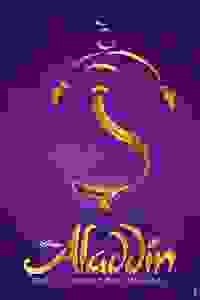 As in the 1992 animated Disney film, Aladdin, a beggar on the streets of Agrabah, has been granted three wishes by a magic genie. He'll use them to woo the beautiful princess Jasmine and save the kingdom from an evil sorcerer. In typical Disney fashion, the musical has many stage effects (84 to be exact), big dance numbers, and a fairytale ending.

The score with music by Alan Menken and lyrics by Howard Ashman, Tim Rice, and Chad Beguelin includes the songs 'Friend Like Me' and 'A Whole New World.'

The show premiered in Seattle in 2011 and has been on Broadway at Disney's New Amsterdam Theatre since 2014.

See it if Fun show. Major staging and costumes. Solid music. Classic for the whole family.

See it if You're a fan of big musicals with big production numbers, set changes, lavish costumes or if you have kids and are looking for a family show

Don't see it if You are looking for an edgy dark piece or don't like family friendly entertainment.

See it if Great to bring my kids and to see them enjoy it! Great songs and staging. A fun story to it

Don't see it if If you dont like kids screaming and talking during performance. If you do not like Disney big productions.

See it if You enjoy the Disney brand of musical. This is done well. Great story, sets, costumes and lighting. Fun to watch and be a part of.

Don't see it if You have a cold jaded heart and can’t fall in love with a cute shirtless boy and a princess on a magic flying carpet.

See it if you like slick, polished entertainment. Staging is imaginative, songs are good, nice sets, garish costumes. Good (not great) performances.

Don't see it if you want any real moments; the acting is wooden/broad. The book is lame/ sexist. Of dozen main roles, ONE is female. A lesser Disney work. Read more

See it if you are looking for a big, glitzsy show with many colorful sets and good mechanicals, great choreography and singing entertaining for 2 hrs

Don't see it if you do not enjoy breaking the fourth wall with unrelated comments and calls for applause. Mostly harmless but some borderline impoliteness.

See it if you just want to have a good time. Good for kids and adults alike.

See it if you like sequins. Bright shinny entertainment. Lots of good fun and silly humor. Great singing and dancing and fantastic sets & costumes.

Don't see it if you want more then a good time. This is not thought provoking theater.

"This latest musical adapted from one of Disney’s popular movies defied my dour expectations...“Aladdin” has an infectious and only mildly syrupy spirit. Not to mention enough baubles, bangles and beading to keep a whole season of “RuPaul’s Drag Race” contestants in runway attire."
Read more

"Aside from the tonic of Iglehart’s djinn, however, Aladdin is short on magic."
Read more

"So why is Aladdin a bit of a chore? Even the best of what the writers offer doesn’t seem to stick very long; if it weren’t for Nicholaw’s merciless flogging, you feel the story would simply evaporate in the desert heat."
Read more

"While it doesn't rival the imagination or innovation of "The Lion King," the show's ebullient comic spirit should make it a popular hit. It's not the most sophisticated entertainment, but the target demographic won't mind at all."
Read more

"This is one of the better Disney stage musicals, complete with several eye-popping production numbers"
Read more

"This super-costly extravaganza doesn't do justice to the movie, or to the spirit of the late Howard Ashman."
Read more

"It's not nearly as good as the movie, but it does have a terrific star, super-duper sets and sensational special effects."
Read more

"This version of 'Aladdin' will doubtless keep your kiddies happy; for adults, one would like to press Iglehart in the cause of conjuring a desert kingdom of richer enchantments."
Read more

This is How "Aladdin" Crushed "Hamilton" This Summer
Read more
Featured Member Reviews: Family Friendly Edition
Every Tuesday and Friday, we're turning the spotlight on some of our &#13; favorite member reviews. Here are our picks for the week for family-friendly shows, such as &quot;Aladdin,&quot; &quot;The... Read more
What are the Best Musical Theatre Duets?
We list some of the most popular musical theatre duets songs.﻿ Read more