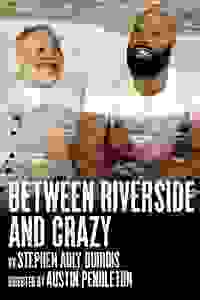 View in admin
Between Riverside and Crazy (Broadway)
NYC: Midtown W
84
Buy tickets from $59 on TodayTix
Score it Scored!

Between Riverside and Crazy (Broadway) NYC Reviews and Tickets

A former police officer and his parolee son attempt to hold on to their rent-controlled apartment.

City Hall wants more than just his signature, the Landlord wants him gone, the liquor store is closed — and the Church won’t leave him in peace.

For ex-cop & recent widower Walter 'Pops' Washington and his recently paroled son, Junior, the struggle to keep hold of one of the last great rent stabilized apartments on Riverside Drive clashes with old wounds, suspicious new houseguests, and a last ditch ultimatum.

See it if you enjoy portrayals of real people in current situations that face difficulties both seriously dealt with and presented with many laughs.

Don't see it if what may be considered exaggerated characters to present this story or you are triggered by family conflict.

See it if Brilliantly explores the boundary between phony friendship and genuine love. Disabled ex-cop hates the former, but is himself tainted.

Don't see it if You don't want to think about why the characters stay together even after being caught in lies; and the ex-cop's personal growth. Read more

See it if you’re interested in plays that reflect on our societal ills, enjoy shows about outcasts, or you like honest works that don’t pull punches.

Don't see it if the issue of police brutality is a difficult one for you to sit through.

See it if you like a layered story told by excellent actors. Common and Stephen McKinley Henderson are gifts from the theatre gods.Great acting.

Don't see it if you are looking for a fluff piece.Powerful story, exceptional writing and acting.Set is a gem.As good as the original.Women's roles are weak

See it if you’d enjoy a family comedy-drama that entertains and moves, performed by an exceptional cast led by the sublime Stephen McKinley Henderson.

Don't see it if you don’t do plays.

89
Common is the weak link, Henderson shinea, As salient as ever, Nifty rotating set, Terrific production

See it if Like Guirgis, Henderson, or direction by Pendleton. Enjoy effective dramatic and comedy mix.

Don't see it if Are offended by cursing, alcohol, or sexual content. Read more

Don't see it if you want your plot to surprise you; the twists and turns all felt expected... I wanted more from the writing

See it if You're up for a fine script well staged and directed, with great performances delivered with deceptive ease.

Don't see it if You don't like dramas or profanity.

"At any moment we can choose to be something better, or worse, than we are — or, in Guirgis World, most likely both."
Read more

"Although 'Between Riverside and Crazy' is often bitingly funny, a shadow of violence hangs over it."
Read more

"...Guirgis’s play is speckled with his customary wry humor and genuine strangeness that lifts it from straight issue drama into something lovelier and weirder."
Read more

"Under the direction of Austin Pendleton, most of the cast from the Atlantic Theater Company production returns with as much ease and richness as if they had lived inside the characters for as many years."
Read more

"...how buried wounds, both physical and spiritual, as well as comforting self-delusions, can leak poison into once-healthy souls, and keep them from receiving or giving the love they desperately need but cannot admit they want."
Read more

"In the spate of shows that ring out Broadway in 2022, Henderson and 'Between Riverside and Crazy' provide the deepest satisfaction."
Read more

" 'Between Riverside and Crazy' is about the lengths people will go to make out alright in an unforgiving world."
Read more