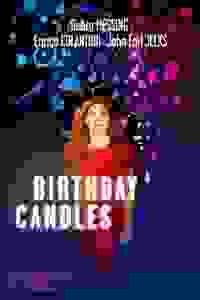 Debra Messing stars in this heartfelt piece about the changes in one woman's life over a century.

The audience traces the life of Ernestine Ashworth from her 18th birthday through her 101st. Making her mother's famous 'birthday cake' each year, she reflects on her life, her dreams, and her choices. Through the passage of time, Ernestine’s story paints the picture of a life and a lifetime.

This is a Broadway debut for playwright Noah Haidle.

See it if Delightful. Great concept with superb direction/writing. Kudos to Messing. Moving, tender and fast.

Don't see it if no reason. It's a show for all.

See it if Has a little of everything, humor mixed with emotional scenes. Relatable story that moves along at a great pace.

Don't see it if It's a pretty appetizing play. Should appeal to most people unless you are a curmudgeon.

See it if Such an original show. It was warm, clever and sincere. I enjoyed it so much, I saw it twice.

Don't see it if It's delightful go see it... unless your heart is made of stone.

See it if you have a fondness for Our Town & magical realism. The series of birthday scenes are like the pages of living flipbook.

Don't see it if you're looking for high drama or hysterical laughter. A lovely gentle play.

See it if you're a fan of Messing, enjoy character studies & family tales, like plots that move forward through time

Don't see it if you find sudden time shifts confusing, don't like actors playing multiple roles, find the use of birthday metaphor a bit hokey

See it if Going thru years of birthdays and seeing heartbreak, love and family.

Don't see it if You want action dancing or sing.

See it if you’re interested in finding beauty in the mundane. This play spans a woman’s life. Despite the 90-minute runtime it’s well paced.

Don't see it if you’re looking for something big and flashy. This show is about an ordinary woman living her life.

"Noah Haidle’s “Birthday Candles,” which opened on Broadway Sunday night at the American Airlines Theater, tries to build poignancy and depth through moments that repeat like a record needle stuck in a groove. Instead, this Roundabout Theater Company production gets caught in a superficial cycle of wannabe profundities and emotional pantomimes."
Read more

"But Birthday Candles, directed by Vivienne Benesch, is little more than a compendium of twee pseudo wisdoms: Everything is made of stardust, forgiveness is the heart of most major religions, goldfish only have a three-second memory span, and so forth. There’s a slice of life somewhere in this oversugared and underbaked confection, but even that slice is stale."
Read more

"For all its references to philosophy, though, Birthday Candles doesn’t achieve that existential calm, nor does it contain those other plays’ sense of a network of human connection. Instead it keeps its attention firmly on Ernestine. This focus allows the Roundabout Theater to mount the show as a star vehicle for Messing — but it also constrains and dulls the experience."
Read more

"So much of the play is filled with exposition that the emotional impact of the story's more dramatic moments are lost, the piece instead coming off as cloying as a Hallmark Christmas movie despite director Vivienne Benesch's best efforts."
Read more

"This play feels like an offering, a true gift, a lesson on survival and a bold reminder to live each day with zest and adventure. Certainly, the icing on the cake is that we survived all the challenges of 2020 (and beyond) to enjoy this scrumptious production."
Read more

"Despite whatever missteps, though, Messing and the rest of the cast nicely convey the spectrum of emotions that a life’s sweep encompasses, from happy times to sad (at the reviewed performance, audience sobs and sniffles were as audible as the laughter). Not even a tacked-on final birthday scene that strains credulity can sour the simple, icing-sweet pleasures of Birthday Candles."
Read more

"But those really are minor quibbles in a truly must-see show that is fully successful when it comes to everything that really matters. Messing didn’t pick some revival or obvious showcase for her comedic chops: she strives mightily and beautifully to find her way through a wise and sad drama, just like the character she plays."
Read more

"Nonetheless, Haidle’s plays (his better “Smokefall” did not receive the production it deserved when it played New York back in 2016) have a way of convincing every audience member they’ve been written just for them. “Birthday Candles,” at its best, bubbles up our own cherished and difficult memories of the people in our lives who’ve come and gone."
Read more