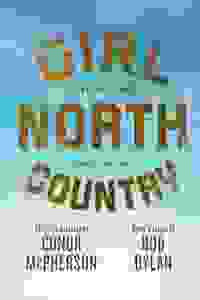 Girl From The North Country (Broadway) NYC Reviews and Tickets

A musical crafted from the perennial music of Bob Dylan, written and directed by Conor McPherson ('Shining City,' 'The Seafarer'). It reimagines classic Dylan songs such as 'Hurricane,' 'I Want You,' 'Forever Young,' and 'Like A Rolling Stone' with new arrangements by Simon Hale.

Set in 1934, in Duluth, Minnesota, the nation is in the midst of the Great Depression. We are introduced to the Laine family by way of the family physician, Mr. Walker. As the story intricately weaves its way from one family member to another, we are reminded that not all remedies are financial. In the end, the last beacon of hope may come when you least expect it.

See it if you don't care that plot is a mere suggestions.

See it if I guess if you are a fan of Bob Dylan you might enjoy it? No guarantee

Don't see it if The songs don’t further the plot at all. They are used more as a general “mood.” Show is very slow and pretty boring.

See it if You like being sad and need to see unnecessary works.

Don't see it if You prefer upbeat shows with characters you want to care about.

See it if you like a disjointed story line with great singing talent. The characters all have problems which they load onto the audience.

Don't see it if you dislike soap operas or you like your Bob Dylan straight. Read more

See it if Dylan's lyrics set to music with a story of a family during the depression. People going thru hard times.

Don't see it if Not a happy theme show. Slow pace.

See it if You want to see a terrific play using existing wonderful music in the best way possible.

Don't see it if You want. a play with happily ever after.

See it if a Dylan fan; appreciate a show that captures a sense of time & place; glorious voices; many moving moments

Don't see it if not a fan of Dylan; looking for a fast paced production; want to hear some of the more famous Dylan songs.

See it if you enjoy Bob Dylan's music. The narrative is sort of depressing so it helps if you're a fan of these songs. The cast is great.

Don't see it if you're not a particular fan of Dylan's music or bummer storylines.

"McPherson offers something more than a great, big, flashing Broadway jukebox. The pungent, poignant Dylan shards are incorporated not necessarily as tied directly to the emotions the band of lost souls are feeling but more as an oblique comment on the characters’ states of mind."
Read more

"McPherson has written dynamic and interesting characters into the flophouse, however, he has not given the narrative enough time to deepen the audience’s relationship with them in order to feel the impact of their story."
Read more

4/5 Stars. "'Girl' doesn't have much plot, but it provides a compelling setting for Dylan's plangent lyrics...McPherson uses Dylan's songs as atmosphere in the broadest sense: They are the air the characters breathe. And when the musical's cool gains force, it acquires a piercing chill."
Read more

"'Girl From the North Country' Has No Direction Home"
Read more

"Conor McPherson's Depression-era ensemble drama set to the songs of Bob Dylan moves to Broadway with some excellent new cast additions and all of its distinctive virtues enhanced."
Read more

Grade: B, "Bob Dylan's songs come to the stage in Conor McPherson's 'Girl From the North Country'"
Read more

"The moody music and lyrics from the Bob Dylan playbook both define and heighten Conor McPherson’s haunting vision of the Depression."
Read more