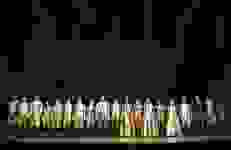 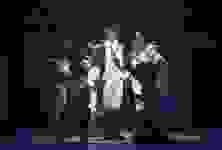 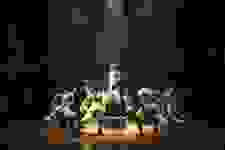 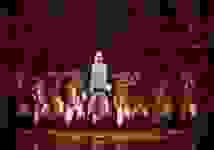 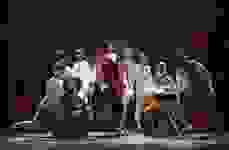 The award-winning, hip-hop infused musical about America then, told by America now.

Winner of the Pulitzer Prize for Drama and 11 Tony Awards, including Best Musical. Lin-Manuel Miranda's musical about America's founding fathers is a global phenomenon, incorporating hip hop, R&B, and traditional musical theatre to tell the country's origin story in a whole new way.

Along with characters like George Washington, Thomas Jefferson, King George III, Aaron Burr, and Angelica and Elizabeth Schuyler, the musical tells the story of a political mastermind and the country he came to build.

Hamilton premiered at the Public Theater in 2015 and received rave reviews. It then transferred to Broadway where it continued to play sold-out performances.

See it if If you love musical theater, excellent music and an epic story this show is for you. One of the greatest musicals to have come up.

See it if You can get a ticket. Not only lives up to all the hype but actually surpasses it. Different, in a good way, from anything I've ever seen!

Don't see it if I can't think of a single reason you wouldn't want to see this show.

See it if you can get tickets. Beg, steal, or borrow to get those tickets. You'll be glad you did!

Don't see it if you can't pay close attention to words. This show takes dedicated concentration, for which you'll be richly rewarded.

See it if You want a different kind of musical. Well staged great singing, directing

Don't see it if Can't give a 100 le mis was the only show I gave that too. I really liked but liked le mis and kiss me Kate better.

See it if you enjoy brillance-the way history is brought alive by the entire cast in an entertaining fashion. Great choreography, costumes & lighting.

Don't see it if you want to miss out on everything that this show offers for people of all ages.

See it if you have a pulse.

Don't see it if you're crazy not to.

See it if you like innovative theater that grips you from the first note, want to be caught up in a fairly accurate historical story, great music

Don't see it if you have trouble concentrating closely and want musicals be fluff, plan to go in hating the show

97
Deserves all the plaudits it has received; breakthrough musical of the 21st century

"Yes, it really is that good...I am loath to tell people to mortgage their houses and lease their children to acquire tickets to a hit Broadway show. But 'Hamilton,' directed by Thomas Kail and starring Mr. Miranda, might just about be worth it — at least to anyone who wants proof that the American musical is not only surviving but also evolving in ways that should allow it to thrive and transmogrify in years to come."
Read more

"What is left to say? After every critic in town (including me) praised the Public Theater world premiere to high heaven; and after seeing this language-drunk, rhyme-crazy dynamo a second time, I can only marvel: They used up all the damn words. Wait, here are three stragglers, straight from the heart: I love 'Hamilton.' I love it like I love New York, or Broadway when it gets it right. And this is so right."
Read more

"A second look suggests that something even more significant is going on. The breakthrough isn’t so much the incorporation of those contemporary genres; after all, Miranda already did that, throwing in Latin music to boot, in the charming 'In the Heights.' But 'Hamilton' not only incorporates newish-to-Broadway song forms; it requires and advances them, in the process opening up new territory for exploitation. It’s the musical theater, not just American history, that gets refurbished. And perhaps popular music, too. Call it Miranda’s manifest destiny, though one dreads the caravans of poor imitators that will surely trail behind."
Read more

"Having already become a cultural phenomenon in its off-Broadway premiere run earlier this year at the Public Theater, 'Hamilton' — written by and starring Lin-Manuel Miranda, who previously made a name for himself on Broadway with 'In the Heights' — seems a shoo-in for smash hit status and a slew of awards attention...The musical is a triumph."
Read more

"Lin-Manuel Miranda has turned a Founding Father’s largely forgotten narrative into one of the most joyful, kinetic, and extravagantly original musicals ever imagined for the stage...The play’s intrigue comes mostly from its potent stew of friendship and romance and outsize ambition; it’s as if 'House of Cards' were folded into a sort of 'Days of Our Colonial Lives' fever dream, then filtered through the minds of Tupac and Sondheim. It’s that strange and that spectacular, and you’d be crazy to miss it."
Read more

"This innovative show is shaping up to be just as much of a phenomenon uptown, playing in a Broadway house with four times the seating capacity, and to a more traditional but no less enthusiastic audience. That universal appeal to crossover audiences is one unmistakable sign of a groundbreaking show...Like any true landmark, 'Hamilton' stands up to repeated viewings. After six months, the show’s initial impact hasn’t dulled a bit; in fact, the qualities that made it so extraordinary the first time around are all the more striking."
Read more

"'Hamilton' is the best and most important Broadway musical of the past decade. Why important? Because it sounds as though it had been written last week instead of a half-century ago...So do whatever you have to do short of grand larceny to score a ticket to 'Hamilton.' It’ll make you want to stand on your seat and yell with delight."
Read more

"Every great musical improves on second (and third, and fourth) hearing; 'Hamilton' is no exception. Lin-Manuel Miranda’s magnificent adaptation is not, to use that tired cliché, a game-changer. It is, in truth, the quintessence of a Broadway musical destined for the record books...Like 'Rent' 20 years ago and 'A Chorus Line' 40 years so, 'Hamilton' is accessible without pandering and inspirational in sneaky ways that permeate a skeptic’s shell."
Read more

We Answer All Your Questions About Hamilton the Musical
How long is Hamilton? Where is it playing? We answer all the FAQs about the hit musical. Read more
All About the Hamilton Musical Characters
Learn about the key characters in the hit musical &quot;Hamilton&quot; and the actors who played them. Read more