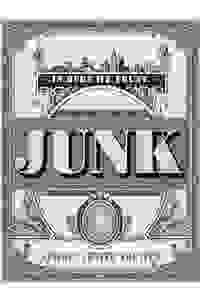 See it if the interwinding of complex mini-plots keeps your attention rather then putting you to sleep. I enjoyed it; people near me didn't follow it.

Don't see it if you cannot buy central tickets. The digital elements of the set cannot be seen from the sides but the backs of heads can be.

See it if you enjoy intelligent writing, recall the market crash of 1987 & interested in the stock market and those who gamble on the Street

Don't see it if Wall Street and money manipulation doesn't interest you, you find complex narratives hard to follow, not a Steven Pasquale fan

See it if fine "procedural" explaining mechanics of junk bond financing & how its king/Mike Milken character was brought down; fine production values

Don't see it if this production has no passion and little drama; doesn't find deeper meaning in junk bond craze; ultimately don't care about characters

Don't see it if you like light comedy. There is humor but the events are serious. You don't need to know about the financial world to enjoy this drama.

Don't see it if You dislike technical business jargon that’s generally difficult to follow, or plays where there’s no one good enough to root for.

See it if you enjoyed the movies The Big Short or Wall Street, or shows that hold a mirror up to American business practices.

Don't see it if you can’t do heavy, fast-paced “finance talk.” If you’re not business savvy, all hope is not lost. Stretch your ear and you’ll get the gist.

See it if Perceptively loaded title of leveraging debt and thinly-disguised Miliken get the Lincoln Center treatment. Big production values.

Don't see it if You're not interested and/or know little about finance. You prefer to follow 1 character's POV. You prefer a play about contemporary events.

"Almost numbingly safe...'Junk' follows a labyrinthine, economically dense plot with remarkable briskness, efficiency and accessibility. Still, these assets never quite erase the feeling that what we’re watching is a tale we’ve frequently been entertained and alarmed by during the past three decades...The script is refreshingly nonjudgmental...Every major character is allowed to present the viability of his or her viewpoint…Unfortunately, none of them are entirely convincing either."
Read more

“Akhtar spends much of the play briefing the audience on hostile takeovers and insider trading. But the details don’t feel sweaty…‘Junk’ melds a breadth of genres—crime story, tragedy, issue play, cautionary tale—into a fast-moving, broad-ranging social thriller…In Akhtar’s telling, this story is partly about male status and power…But it’s also about race, privilege, competing ideals and, of course, greed. Junk has a cast of 23, and the size of the production helps it cast a wide net of blame.”
Read more

"'Junk’s' driving tempo, cinematic smash-cuts, and clarity of underlying action undoubtedly hold our attention...It’s a credit to Akhtar, Hughes, and Pasquale’s uncompromising Merkin that 'Junk' doesn’t play as a blanket condemnation of Wall Street and a nostalgic eulogy for Main Street...According to the rules it sets out for itself, 'Junk' wins. But as with Merkin’s victory, the taste is more bitter than sweet. The play’s effect on the heart is a pretty desolate one."
Read more

"Akhtar is a perceptive writer with an ear for pithy dialogue, so he keeps it engrossing...What he can't do is make us care about these characters, which somewhat limits 'Junk' to the sphere of glossy info-tainment...'Junk' isn't lacking in food for thought, but as drama it's a little dry and unrelentingly talky...The writing is brutal, clever, often witty, and the production sharp as a tack. But many will be left wondering if they really needed this dispiriting recap."
Read more

"'Junk' makes the world of 1980s finance utterly riveting, despite a relatively predictable plot...Despite Akhtar’s attempts to complicate our feelings, it’s difficult not to see these already rich people pushing numbers around and tearing apart family-owned businesses as the bad guys...Still, it’s an enthralling production...And despite each character’s path seeming inevitable, their choices — or lack thereof — will stick with you long after the final bow."
Read more

"Doesn’t exactly illuminate the mysterious process whereby corporate marauders...take over companies...What it does do, in this slickly directed production directed by Hughes, is capture the electric energy that fueled these aggressive acquisitions...None of these secondary characters are as fully developed as the two lead players...For a show with far too many people on stage, 'Junk' is actually in need of more people – maybe one or two of them with a heart."
Read more

"An ensemble so huge that it would have taken a Tom Stoppard —or a Shakespeare—to portray the individual characters as anything other than stick figures. Mr. Akhtar is talented, but not that talented...Doug Hughes has staged it with knock-’em-flat energy, and the production is as smoothly and propulsively wrought as the hostile-takeover plot is familiar...I esteem Mr. Akhtar for writing a big play about a big subject, but 'Junk' is too slick to be fully satisfying."
Read more

"Akhtar's a caster of spells, which is possibly the only way into the gripping tale he tells here...It is searingly human. Akhtar has repeatedly shown a gift for creating individuals free of the kind of stereotyping that has marked so many accounts of the financial corruptions and collapse of the ’80...He refuses to paint in broad strokes...Accordingly, Hughes has staged the play with infinite detail and a kind of exquisite filigree in the way characters are motivated and defined."
Read more