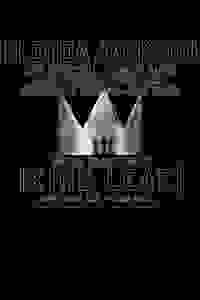 After playing the role to critical acclaim in London, Emmy, Tony, and Academy Award-winning actress Glenda Jackson ("Three Tall Women") brings her take on Shakespeare's mad monarch to a new production on Broadway.

See it if you love Shakespeare or want to see Jackson's astounding performance. The staging is great. Use of comedy wherever possible.

Don't see it if It's long & many parts are unintelligible to the untrained ear. Read more

See it if You enjoy Shakespeare and want to see great performances.

Don't see it if You aren't in the mood for a 3.5 hour play or dislike Shakespeare or slow shows.

See it if You want to see extraordinary actors doing magnificent work in what I would describe as a Sam Gold directing MESS!!!

Don't see it if You want to see Lear done with any sort of style or sense. Sam Gold has neither in my opinion. So many odd, annoying and appalling choices. Read more

See it if you love WS and can endure some bad choices (directing/acting/design). Standout Wilson. Oppty to see Jackson (imperfect, but fascinating).

See it if you want to marvel at wonderful acting and delightful music of this long play in a modern setting that crackles with human power struggles.

Don't see it if you you want a traditional presentation of this Shakespeare play or you do not have appreciation for an interpretation commenting on today. Read more

See it if You like Jackson & other members of the cast and want to see them tackle the bard. Fan of Shakespeare. Curious about Sam Gikd’s approach

See it if you want to see a powerful, intelligent, studied, regal performance by the legendary Glenda Jackson as Shakespeare's crumbling monarch.

Don't see it if you expect the rest of the cast to rise to the high bar set by Jackson. [It feels as though Gold left everyone else to direct themselves.] Read more

See it if you’re a Shakespeare fan.

Don't see it if you’re not a Shakespeare fan. Read more

"It should surprise no one that Ms. Jackson is delivering a powerful and deeply perceptive performance as the most royally demented of Shakespeare’s monarchs. But much of what surrounds her in this glittery, haphazard production seems to be working overtime to divert attention from that performance...By and large, the performances seem to have been blown into uneasy coexistence by random winds from different directions."
Read more

"Gold’s production is full of interesting directorial choices that do not quite cohere into a shared universe for 'King Lear’s' characters to inhabit...Some of these performances work well on their own terms. What’s missing is a larger sense of shape...This production doesn’t want to be indulgent or overwrought; perhaps it doesn’t want to risk dishonesty. But after three and a half hours of diffuse dramatics, I felt nothing."
Read more

"After a royal amount of hype built on the promise of the towering Glenda Jackson’s role-defining performance, the painful truth is that Sam Gold’s 'King Lear' is a hot, heavy mess. And more painful still, Jackson’s Lear fails to transcend it...Underneath the production’s winks and nods, there’s nothing there — meanwhile, the play languishes somewhere in the wings. Most distressing of all, Jackson, for all her innate and palpable power, isn’t saving it."
Read more

"Gold makes a lot of audacious choices, many of which you might disagree with, but they are seldom uninteresting...Gold at times lays on this contemporary veneer a tad too thickly...But even with on-the-nose moments like this, the production still feels thematically undercooked...Still, while the ensemble doesn't feel unified, there are some standout performances, Pascal's terrific Broadway debut as Edmund among them."
Read more

"She offers her own take on male frailty and hubris, her voice booming, her focus astonishing. If her gender enters into her portrayal at all, it is only fleetingly toward the end; it may be in the eye of this beholder, but a woman grieving a child registers differently from man facing the same catastrophe...Worth mention in an overall solid cast is Broadway regular John Douglas Thomas as the Earl of Kent...It is this returning veteran in the title role that makes this Lear memorable."
Read more

"Although Jackson fails to wring tears, let alone blood, from this production, the sheer intelligence of her performance makes it memorable...The supporting performances are all over the place, and the fidelity to fashionable race/gender/age-blind casting sometimes requires work to figure out who’s who...The bland staging has no discernible unity or vision, and actors rarely connect. In the end, you’re really here for Glenda Jackson...Wouldn’t have missed it for the world."
Read more

"This 'Lear' is a knock-out...A production of many memorable parts and moments...Wilson's performance grows in strength and vitality and even poignance, as if Wilson and director Gold have decided that only a truly go-for-broke approach could withstand the force of nature that is Jackson. They choose wisely...Scholars have long debated on whether the Fool is actually Cordelia...Gold suggests he has the answer. It isn’t the first or last moment of truth in this extraordinary production."
Read more

"Confoundingly muddled evening...On the evidence of this latest version, no one is going to go near this thorny brute of a play there again anytime soon. Not that Jackson isn’t an inspired choice for Lear...Little effort has gone into creating the impression that all these characters occupy the same space or to establishing with any secure command of temporal logistics where we are at any given moment."
Read more