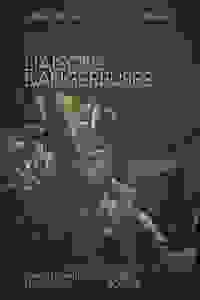 Tony winners Janet McTeer and Liev Schreiber star in Donmar Warehouse's revival of the classic tale of sex, power, and betrayal among the 18th-century French aristocracy.

Direct from London, McTeer reprises her role in Donmar Warehouse’s critically acclaimed production of Christopher Hampton's 'Les Liaisons Dangereuses' directed by Donmar artistic director Josie Rourke. 'Les Liaisons Dangereuses' begins with two ex-lovers who scheme to ruin the reputation of an innocent young aristocrat. As their game of manipulation becomes more intricate, they quickly discover that the stakes are higher than they bargained for—and their last encounter may be their most dangerous by far.

See it if you're a McTeer fan (I am). She dominates without an equal sparring partner. Liev falls flat. Almost all-white cast. Polished production.

Don't see it if you're upset by scheming characters who purposely hurt others...and thereby themselves. Cruelty is a game. A talky show; some parts drag. Read more

See it if You're a fan of period piece scaled down. I didn't see the original but from what I understand this one is a lot "simpler"...I like that.

Don't see it if You adored the original I think you will probably be disappointed.

See it if blatant sexual innuendo & heavy irony amuse you. There's a lot of philosophy for justification where a sense of fun would have worked better

Don't see it if you're easily distracted. Staging has people inexplicably dancing on & off stage & moving chandeliers that are replaced by fluorescents

72
This les liaisons is not dangereuse enough

Don't see it if this production misses the brilliant, seamless repartee, chemistry and shock value of droll original with Duncan & Rickman Read more

See it if You enjoy French Revolutionary-set dramatic thrillers or could watch Janet McTeer act the phone book (she's magnificent).

Don't see it if You've disliked this play in the past (there's nothing new here) or aren't interested in a nearly three-hour drama.

See it if you're interested in an intelligent production with masterful performances & exquisite design (you'd think a Vermeer painting came to life).

Don't see it if you need something fast paced and easily accessible.

See it if you want to see some great acting performances in a play that paints a very problematic picture of the agency of its female characters.

Don't see it if you'll be upset by a positive portrayal of a man who thinks "no" means "yes" when it comes to sexual consent.

See it if You want to see an outstanding performance from Janet McTeer. You like pretty costumes.

Don't see it if You remember the better movie versions. You want to see a cast that enjoying the performance:w/the exception of 2 actresses, they're not. Read more

"Ms. McTeer and Mr. Schreiber come across as magnificent bulls who have strayed into a Limoges china shop...Directed by Josie Rourke, this latest 'Liaisons' falls into the trap of such broadness early and lies there, gesticulating madly, for more than two and a half hours. Occasionally something like real feeling raises its startled head — especially in the second act, when Valmont falls in love despite himself. But such twinges of emotion are more disruptive than illuminating."
Read more

"Ghostly and sensuous revival of Christopher Hampton’s hit play (based on the 1782 epistolary novel by Pierre Choderlos de Laclos)...Schreiber’s impassive libertine pairs nicely with McTeer’s vengeful, wicked widow. Director Josie Rourke opts for a languid pace as these two dance a minuet of wasted love and cruelty, a game in which death is the prize and the winner feels cheated."
Read more

""A gorgeous but tiresome revival...Most of the laughs in the first half-hour were dead on arrival. That’s exactly backward; 'Liaisons' works better as a rollicking comedy that then pulls you up short, slowly implicating you in its cruelty. It doesn’t help that Rourke directs the ensemble to make the minimal set changes between scenes while prancing and singing as if at Fragonard garden party. It’s a triumph of the visual over the dramatic, or would be but for the actors fighting back."
Read more

"A blazing performance by Janet McTeer...Even if Liev Schreiber is ill-suited for the part of Valmont, Josie Rourke's evocative staging provides a compelling portrait of a dissolute aristocracy on the brink of devouring itself...All this would be just so much juicy bodice-ripping melodrama without Hampton's glittering dialogue and without Rourke's sound psychological investigation of the characters' motives...Visually, Rourke's production is both pared-down and sumptuous."
Read more

"Who’d have thought that the most provocative battle of the sexes on Broadway this year would be a 31-year-old play based on an 18th-century French novel?...Sexual intrigue among aristocrats may seem quaint. But director Josie Rourke’s staging, fueled by the ferocious talents of Janet McTeer and Liev Schreiber, proves this is hardly the case...The director extracts witty, erotically charged and deeply moving performances, and not just from the two leads."
Read more

"Under the direction of its artistic director, Josie Rourke, wit and style count more than passion...When Merteuil realizes that Valmont is no longer playing their game, McTeer’s silent reaction is devastating...Valmont has his own piercing insight...Schreiber gives it his best shot, but the sensitive feelings of a charming libertine don’t register in the same way that his more animal appetites do...But while director Rourke’s casting seems a bit bizarre, her staging is superb."
Read more

"Josie Rourke, the director, and Janet McTeer and Liev Schreiber, the stars, seem not to realize that for most of its length, 'Liaisons' is a high comedy about two lost souls who end up in hell. The acting is consistently unsubtle and unfunny—Ms. McTeer and Mr. Schreiber both mistake archness for wit—and the direction and design are even more heavy-handed."
Read more

"I’ve seen excellent productions of 'Les Liaisons Dangereuses,' including five movies. This is not one of them...Christopher Hampton’s elegant prose is not well served by a cast that either rushes through the dialogue or swallows it like candy from the concession stand. Both stars seem handcuffed by their roles...The rest of the cast, under Josie Rourke’s uneven direction, is sorely lacking in gusto. They’re not physical, sexy, or powerful enough...A big disappointment."
Read more