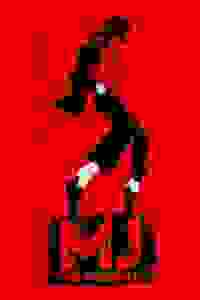 A jukebox musical about the 'King of Pop' comes to Broadway, with a score featuring 25 of Jackson's best selling hits, such as 'Beat It,' 'Billie Jean,' and 'Thriller.'

The musical uses the 1992 'Dangerous' world tour to provide an in-depth look at the musician's creative process, as well as at significant moments in Jackson's career, from his childhood in The Jackson 5 to his solo success.

The show received 10 Tony nominations, including Best Musical, and Leading Actor in a Musical for Myles Frost, who is making his Broadway debut as the iconic singer. Christopher Wheeldon received two Tony nominations, for direction and choreography.

See it if you want to enjoy the music and dancing as a concert. (Bare sets, no story). Choreography and singing are really good though.

Don't see it if If you want to a story that you don't have to cringe for the obvious lying and covering up. This should've been a jukebox with a good story.

See it if It's a fun jukebox musical. Great choreography, singing.

Don't see it if If you do not like jukebox musicals

See it if You are a MJ fan. The dancing and singing are strong.

Don't see it if The story is paper thin, avoids any drama and slows the pacing down. I was a bit bored & found myself checking my watch periodically. Read more

See it if An amazing book! Phenomenal cast! Myles Frost is EXTRAORDINARY! A great tribute without completely ignoring darkness. Like seeing MJ live.

See it if You love MJ and don’t mind seeing a Vegas-style show, so long as there is great talent on stage (even the understudies are terrific).

Don't see it if You’re hoping for an interesting look into MJ’s life. And bring your earplugs — this is played at a headache-inducing volume.

See it if To see the staging, singing and dancing. That was very well done. .

Don't see it if You don’t like overly amplified music, I found the sound level painful. Admittedly I just went along with the family so hadn’t wanted to see Read more

See it if you like the music of Michael Jackson and want to see what went on behind the scenes.It obviously whitewashes the story& makes MJ the victim

Don't see it if you are looking for the real story behind a very troubled young man.We get an inkling of his rough childhood,&the music is great.

79
Nottage book lifts the show above just a jukebox

See it if what makes this show special is the book by 2-time Pulitzer winner Lynn Nottage. The story is interesting and well written.

Don't see it if We saw the understudy Jamaal Fields-Green who was excellent, much better looking than MJ. Jackson pastiche played with the loudest woofers

"Wheeldon’s choreography — performed by Frost along with a superb if amazingly jacked ensemble — remains compelling longer, offering a three-dimensional version of what most of us have seen only from distant arena seats or in dark videos on depthless screens. (The show’s “Michael Jackson movement” is credited to two additional choreographers, Rich + Tone Talauega.) The stage patterns are far more varied and expressive than in similar musicals, scoring points without words as they deliver the thrills and, following the biomusical road map, pave the way between present and past...In this, “MJ” is trying to have it both ways. It wants to blame everything sad and weird about Jackson on others (especially the press, who are equated with the zombies in “Thriller”) but credit him alone for his every good deed and success. Acknowledgment of the choreographers and songwriters he collaborated with is mostly saved for the program."
Read more

"The dancers and singers of the ensemble, who double as secondary characters, are first-rate, and Wheeldon gives them a lot to do. Most of the songs are performed as rehearsals or flashbacks, which is to say as full-on production numbers. (Tracks from Jackson’s 1995 album HIStory are cannily placed by Nottage as character moments.) Like Summer and The Cher Show before it, MJ uses three actors to play its central character at different ages. As the 1992 incarnation, Frost carries the bulk of the role, and not only nails Jackson’s signature sound and moves—yes, of course there’s a moonwalk—but also his otherworldly affect: his diffident grandiosity, his mixture of grievance and mischief, his high and breathy way of talking (at once floaty and determined, like Diana Ross’s spoken-word section of “Ain’t No Mountain High Enough”)."
Read more

"If there is a scientific experiment to discover whether or not a jukebox musical ruins even our greatest playwrights, this is it. Perhaps it would have been better just to let her go free. MJ wants to be a concert so much — freed from narrative, it could just be bop after banger after blockbuster, the Beatlemania of our time, animated by Myles Frost’s uncanny portrait. Every moment when people are speaking instead of singing feels wrong. As a concert, it could simply elide all those inconvenient and tragic elements of the Michael Jackson legacy. So why isn’t it one?"
Read more

"During a preview I attended, an audience member rose to her feet and waved her hands in the air, as if she had caught the Holy Spirit: an affirmation that to be in Jackson’s presence — even if only through gifted performers — is to experience a spiritual rapture. MJ, like its subject, is captivating and hard to shake. The musical takes audiences through Jackson’s life and catalog with impressive ease, expertly chronicling major milestones."
Read more

"In answer to the question of whether it’s possible to separate the art from the artist, “MJ” performs a slick, crotch-grabbing sidestep. Packed with nearly 40 hits from Michael Jackson’s irresistible catalogue, the Broadway production from director and choreographer Christopher Wheeldon is not so much a biomusical as a high-shine and surface-skimming rehabilitation tour for its late subject, flattening rather than reckoning with his complex legacy."
Read more

"Watching MJ, one easily suspects its top-flight creative team was motivated by the same near-maniacal drive. Aside from the pedestrian framing device, MJ pushes hard and unceasingly to move beyond the just-good-enough nostalgia that can turn even second-rate jukebox productions into crowd pleasers. It succeeds: MJ is a wildly entertaining marvel."
Read more

"That sordid history would not seem to have foretold a jukebox musical devoted to the upside of Jackson’s genius — and certainly not by artists of the caliber of two-time Pulitzer winner Nottage (“Ruined,” “Sweat”) and the celebrated ballet world fixture Wheeldon. The show’s decidedly selective memory may be off-putting to theatergoers appalled by the stories of Jackson’s alleged misdeeds. Nevertheless, the creative team’s painstaking work has resulted in a riveting, adrenaline rush of a show, propelled by remarkable dancing and a mesmerizing central performance by Myles Frost as the sleek, soft-spoken pop megastar."
Read more

"That’s not the fault of Frost, the absurdly talented newcomer who captures Jackson’s voice and physicality well. On the contrary, we feel lucky to be witnessing the birth of a new Broadway star. The same is true of the wonderful Tavon Olds-Sample as “Thriller”-era Michael who, beaming, transports us back to the 1980s, even when the production around the actor does not. As mom Katherine Jackson, Ayana George has the show’s best musical moment when she duets on “I’ll Be There” with her son. All, however, are hobbled by an indecisive script — the documentary plot and backstory are clumsily combined, and the cartoonish characters are straight outta “Scooby-Doo” — and low-energy, unattractive staging."
Read more