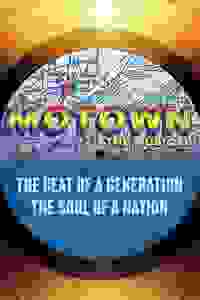 This Broadway musical tells the story behind some of Motown's most famous songs, featuring Marvin Gaye, Diana Ross, Smokey Robinson, and the Temptations. Now returning for a limited 18-week engagement.

'Motown: the Musical' tells the true story behind the famous music that took the world by storm. Diana Ross, Michael Jackson, Smokey Robinson, Stevie Wonder, Marvin Gaye, The Temptations – 'Motown: the Musical' shows how these legendary artists and so many more created the soundtrack that transformed America. With over 40 classic songs such as 'My Girl,' 'What’s Going On,' 'Dancing in the Street,' and 'I Heard It Through The Grapevine.'

See it if you love the music of Motown

Don't see it if you dislike jukebox musicals Read more

See it if I knew what it was going in, yet I expected better. Great music of course, but the plot was so thin, the chemistry so lacking - a big meh.

Don't see it if You want a story with substance or a dynamic production; this felt tired & shopworn.

See it if you're a fan of 1983's tv special "Motown: Yesterday Today Forever". It's the LIVE jukebox musical of that night, w/a ton of B Gordy drama.

Don't see it if you don't want to sit thru B Gordy over-indulgent self-aggrandizing background fluff. How much of it is true or not doesn't add to the show.

See it if I love Motown music, but hated the show. Something big amiss.

Don't see it if Don't waste your time.

See it if You are a Motown fan and accept that the voices are not identical to the originals. The Diana Ross role was superb.

See it if You like the Motown sound, grew up in 60's or 70's, like juke box musicals

Don't see it if Don't have rhythm, don't like classic soul

See it if you like Motown songs and/or stories that are based on real people more or less true events.

Don't see it if you don't loud music or motown songs and/or stories that are based on true events or people.

“Under Charles Randolph-Wright’s direction, it remains what it was: a sparkling and enjoyable, if lumpy, journey through 25 years of Motown history...The central roles have been recast, with excellent singing actors who are mostly equal to the fine originals…‘Motown’ has so much story to tell that there’s no time for dramatic subtlety or complexity of character. But who’s coming to see 'Motown' for anything other than the fabulous songbook?”
Read more

"The musical's chief problem remains the clunky, self-serving book by Gordy himself...You can feel the audience's delight as one hit song after another is presented...Director Randolph-Wright keeps things flowing seamlessly, with the musical numbers and dramatic scenes blending into one another at a rapid enough pace to keep boredom from settling in...Still, it's hard not to see the entire enterprise as a glorified tribute show.”
Read more

"The storytelling has a passive, paint-by-numbers quality, but you can’t deny the pure entertainment value of Charles Randolph-Wright’s large-scale, movement-intensive production and a score comprised of hit after hit after hit after hit...This unfocused, unwieldy overload works both to the show’s benefit and detriment. The nostalgic fun never stops, but 'Motown' never slows down to give its characters more than a purely superficial treatment."
Read more

“It's a dizzying experience that feels like a good nostalgia concert at best, a work of self-serving propaganda at worst...The awesome score should be enough to make us forgive Gordy for his revisionist history, but the truncated and adrenaline-infused musical numbers too often leave us feeling hollow and bewildered...If you can ignore the cringe-inducing book scenes, you will probably have a good time.”
Read more

"It's a highly dramatic story that not only sings, but comes with its own collection of sensational songs...But the end result not only speaks for the fact that Gordy has never written a musical before, the clunky dialogue and the static storytelling makes one seriously wonder if he's ever seen one...Bio-musicals 'Beautiful' and 'On Your Feet!' display far more literary sophistication...But if the book disappoints, the dynamic company is well worth catching."
Read more

"It plays as an entirely different, and noticeably less compelling, show than the original version that ran on Broadway...This is not to say I was an enormous fan of that incarnation—I wasn't—but it had a size, energy, and (relative) intensity that this one lacks...It's imparted a jagged choppiness that keeps the evening from cohering...Only the choreography lives up to expectations. Well, that and the music— hits far too numerous to list, even if many of them appear as only fragments. "
Read more

"The show is high octane from beginning to end and we’re along for the ride every step of the way…This conceit gives Gordy more than enough opportunity to present us with the incredible acts he shepherded to stardom, while showcasing a roster of today’s talent that is every bit as soul stirring as the originals they’re portraying. Every single person in the cast was excellent…You’d have to be a curmudgeon of the highest order not to enjoy this show."
Read more

“Most everything about this production is more….efficient….than the original one on Broadway. The cast has been reduced in size; sets have been simplified; scenes have been trimmed or excised...Unfortunately, the efficiency seems to extend to the performances as well...The cast members make all the right moves, their voices are in fine form, but there surely needs to be some extra, indefinable spark to stand out...Maybe they’ve just been on the road too long.”
Read more