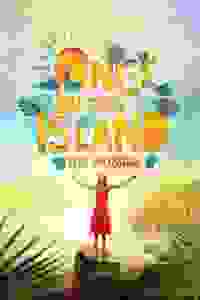 Once On This Island (NYC)

The joyous musical returns to Broadway with its story of a fearless young dreamer in post-storm Haiti. Winner of the 2018 Tony award for Best Revival of a Musical. More…

Set in a fantastical world bursting with Caribbean rhythms and dance 'Once On This Island' tells the extraordinary story of a villager named Ti Moune. After a massive storm rages through her village, a ray of hope appears through a young man from the wealthy side of the island. An unexpected romance blossoms. But when their different cultures threaten to keep them apart, Ti Moune—guided by the island gods—sets out on a journey to stay beside the man who has captured her heart. Directed by Tony nominee Michael Arden ("Spring Awakening" revival) and written by the Tony Award-winning team of Lynn Ahrens and Stephen Flaherty ("Anastasia," "Ragtime.")

See it if You enjoy simple storytelling done with great charm and style in an immersive atmosphere. Starts slow but builds to a beautiful full ending.

Don't see it if You want to see a traditional show. This happens all around you and draws you into the life on the island (without being obtrusive).

See it if A show with very good singing, great staging and lighting.

Don't see it if If you do not like big staged musicals.

See it if you enjoy a well-staged use of theatre space with a charming story and good singing that lets you escape for 90 minutes.

Don't see it if you are bothered by musical tales that are not all based in reality.

Don't see it if a festive musical set on a tropical island is not for you, don't like one act musicals, Caribbean music,loud singing, constant movement

See it if you want to see really exciting, absorbing, theatrical storytelling that viscerally draws you in and takes you on a journey.

Don't see it if you have no space in your life for beauty or joy. Otherwise, GO!

See it if About young love, boy meet girl, girl goes crazy for boy and boy leave girl. The dancing and sing is excellent.

Don't see it if you hate musical and dancing.

Also The stage is in the round you can see great in any seat. No intermission, a great show.... Read more Read less

See it if you like fairy tales or stories about star-crossed lovers. This show has lots of whimsy and does a great job of immersing the audience.

Don't see it if you’re looking for something original m and invests more time in story development. (This is clichéd and too short.)

Also At only 90 minutes, there was plenty of room to explore the story and characters further. Instead, it remained firmly in cliché territory and left me with nothing by the end.... Read more Read less

See it if You’d like a lighthearted, enchanting show with a big heart and a beautiful score sung by an outstanding cast.

Don't see it if You’re not really into family-friendly, tall-tale shows.

See it if you enjoy mythical stories, musicals performed with energy and heart, a terrific ensemble and band, good choreography and costumes.

Don't see it if you are looking for a complex play with deep meaning. I enjoyed the play but expected more from the story. Most of the audience loved it.

Helpful?
View in admin Edit
R
Robbie
New York City
Male
423 reviews
Get Alerts Alerts On Alerts Off
100
Revivals do not get much better than this!, Delightful, Enchanting, Ensemble work of the highest order, Great staging
January 29th, 2018

See it if you want to see a revival that is so much better than the original production (which wasn't bad at all). Great cast! Great staging!

Don't see it if you do not want to be entertained or moved. This is probably the best show on Broadway!

See it if You like a good musical with really good music.

Don't see it if You only like comedies or drama.

See it if You’d like to experience the magic of an immersive and vivacious musical about the poor and the rich on an island recovering from a storm.

Don't see it if You need an intermission in a 100 minute show. You don’t like watching the inevitable end of a doomed romance.

See it if you love this show.I have just never enjoyed it.The performances were terrific;direction & design were all top notch.Music is fine.Dull book

Don't see it if you expect to be moved or inspired. All the elements are here for a terrific show, but the book is very weak.

Also Undeniable talent, but the conservatism at the core of OOTI makes my heart sink. There are many stories of poor, dark-skinned women loving rich, European men; but this production is so wide-eyed, unironic, & freaking celebratory about Ti Moune’s cheerful servitude, I found most of it distressing.

*SPOILERS*
Yes, she’s a feisty heroine. But she's heroized because she attaches no value to life outside ceaselessly nursing the affections of her man. She's black—isn’t that progressive? Sure, black heroines matter. Especially if they are dead symbols (rather than living inconveniences) that help the pale guy & his descendants remember how enlightened they felt receiving the generosity/adoration of noble savages.

Shows like OOTI do increase the visibility of actors of color, but there’s real risk of cornering generations of non-white performers into reproducing the same colonialist fantasies over & over (e.g., Miss Saigon). Can only hope theatergoers support alternative stories too.

Also The original production has stayed with me all these years - I carried the cast recording with me and listen to it periodically. I'm happy to say this production takes the show to new heights. Extraordinarily strong cast, lovely staging - GO!... Read more Read less

See it if you like big musicals with a stellar cast and great staging. You like island elements and stories involving ancient gods.

Don't see it if you’re not interested in a cliched story about unrequited love or prefer a story that has more depth. The moral of story seems forced.

Martha H 6138
New York City
50-64 | Female
386 reviews
Get Alerts Alerts On Alerts Off
25
Uh, god's save black girl's life, She seeks purpose for this gift, Purpose? save light skinned young man, By sacrificing herself, He rejects her for light skinned wife, she dies, yuck
July 10th, 2018

See it if You can stomach the book. You are unaware of the color caste system among people of color. Interesting staging, costumes BUT see below.

Don't see it if You are not interested in an Afro Caribbean tale filtered through privileged white Americans. You dont want to be appalled.

Also I have no idea if I would have been able to overlook how cringeworthy this story is if even ONE of the scheduled leads had been there.
More importantly, this was a VERY young audience Is this really a story we want to tell? The God's saved a young peasant child in order for her to give her life for a privileged lighter skinned young man?
The racial politics is not new. Black is Beautiful underscored much of the 1960's--80's. The new bevy of women of color is not all "sun kissed" but bronze and ebony too.
Most offensive, all rejoice in her sacrifice; He throws her into the street as her color makes her unworthy, where she dies AND BECOMES A TREE THAT HIS SON CLIMBS AND WHICH SHADES HIM?
We celebrate that her purpose for being alive was to die for a light skinned man?
Worse, this staging makes it contemporary with cars and phones and knicks jerseys, if we laud this sacrifice we actively endorse discrimination on color, we devalue her, his life has more value, her death is good. NO.

See it if you enjoy a romp on a fictitious Caribbean Island with great singing exuberant cast colorful costumes and fun staging. A love story

See it if you want a unique experience that showcases a different culture with it's beliefs, music, dancing & superstitions, imaginatively staged.

Don't see it if you have problems with stories about social class inequality, racism & subjugation of women.

Also Circle in the square was the perfect venue for this show. The staging was inventive, the performers (even with understudies in some key roles), terrific & the goat was a natural.... Read more Read less

See it if You like being transported to a foreign land, or you like caribbean music, or you enjoy romantic stories invokving the clash of classes.

Don't see it if You do not enjoy environments which envelope you or would not like a somewhat magical story of romance and class clashes.

See it if you like fantastic singing, staging and dancing.

Don't see it if you are tired of stories praising women who sacrifice their lives for "true love" with a man whom their barely know and who doesn't care.

See it if want an uplifting experience with touching moments, unusual but fun staging, fable set in the Caribbean, great singing and dancing

Don't see it if don't like theater in the round

Also So sorry that I didn't see this earlier - I might have gone back a second time. But the reviews were great so I thought it would be around for much longer. At least I got to see this wonderful show.... Read more Read less

See it if you want to be transported, which happens the moment you enter the theater. The cast is stellar, and their energy infectious.

Don't see it if you prefer realism and dislike fairy tale/fable stories.

See it if GO FOR THE SET. Step out of the cold NYC winter and visit the island conjured up at the Circle. The cast is overall pretty excellent.

Don't see it if you need a show with large dance numbers. The production feels large in scale, but also incredibly intimate. 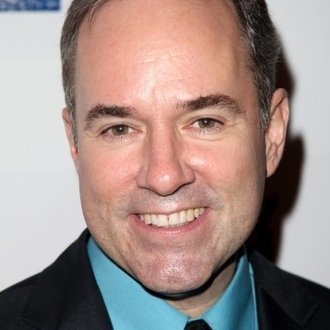 Stephen Flaherty
Composer
Get Alerts Alerts On Alerts Off 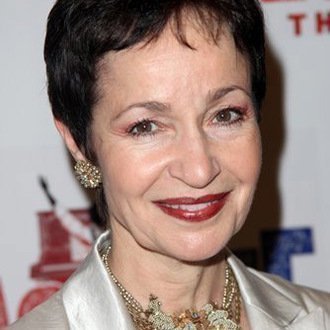 Lynn Ahrens
Lyricist
Get Alerts Alerts On Alerts Off 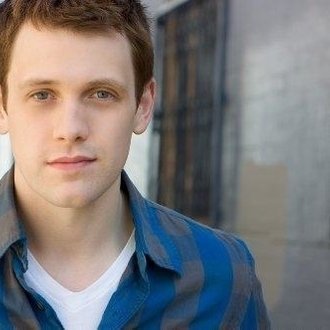 Michael Arden
Director
Get Alerts Alerts On Alerts Off 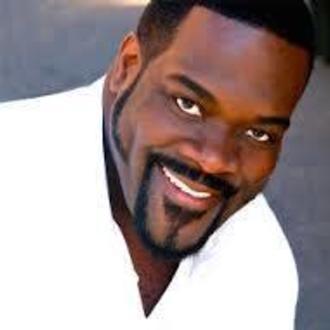 Phillip Boykin
Tonton Julian
Get Alerts Alerts On Alerts Off 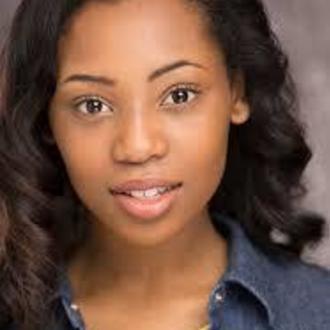 Hailey Kilgore
Ti Moune
Get Alerts Alerts On Alerts Off 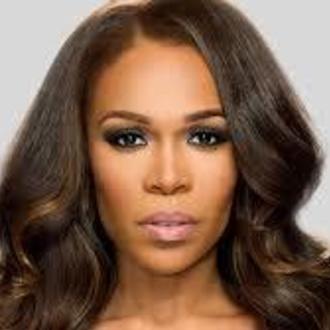 Michelle T. Williams
Erzulie
Get Alerts Alerts On Alerts Off 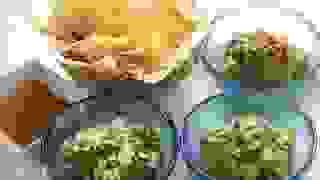 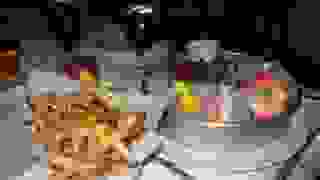 2 min walk. New American (and more) cuisine in a fun, modern, high-ceilinged space. The solid menu runs the gamut from pasta to sushi to steaks. 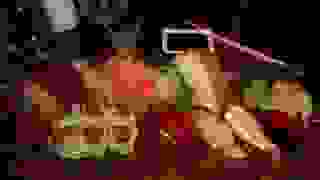 2 min walk. A classy, but unpretentious eatery which offers a terrific balance of classic sushi and innovative Japanese fusion cuisine. Try one of their delicious New Style Carpaccios (which feature classic sushi fishes paired with traditionally Italian oils and vinegars). 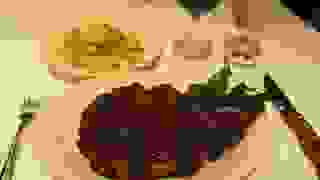