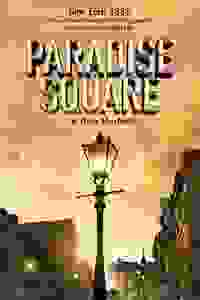 A new musical explores race relations in the Five Points neighborhood of New York in 1863.

In Lower Manhattan's notorious Five Points slum, free Blacks and Irish immigrants live and love together, even as the Civil War rages on. When President Lincoln institutes the first Federal Draft to support the Union Army, racial equilibrium is disrupted, eventually leading to the deadly NY Draft Riots of July 1863. This musical explores these events through the characters who inhabit a local saloon called Paradise Square.

Tap dancing is said to have originated in the Five Points, which is reflected in the Tony-nominated choreography by Bill T. Jones.

See it if This is a fair musical at best. Songs are just okay but dancing is much better.

Don't see it if If you want a musical with a better book.

See it if Basically see it to hear Joaquina Kalukango blow the doors off the place. Without her and that song, the show is low 70s for unevenness.

Don't see it if Even though it is uneven, I still think it is worth it. A good history lesson to boot.

Don't see it if historical drama bores U, care less RE: draft riots of 1863, need not 2 think RE: your entertainment, want the old fashioned ...wait this is

See it if This is a big Bway musical, not a blockbuster, but well worth seeing. Large talented cast with great voices. The Irish dancing is vigorous

Don't see it if The score is not memorable. The interesting book is about race relations leading to the Draft Riots of 1863. A bit preachy but stimulating Read more

See it if The great singing gets swamped in the murky story. Overly long, overly dull. Too much brown in set and costumes.

Don't see it if Ive always been a fan of Bill T Jones- this felt racist. The Irish dance was just stilted. All required immense talent for little enjoyment

See it if you like a lot of good dancing and singing combined with a story that has historical significance.

Don't see it if you can't sit through long shows. This one could have been tightened.

Don't see it if Lot of characters and issues but doesn't go that deep on them or fully weave them together. Amazing singing but less memorable songs. Read more

See it if great choreography and performances in a slice of NYC history. big show with lots of characters and events

"The uplifting, star-making, overwrought new musical...turns history on its head. Racism becomes an individual character flaw instead of a systemic evil; resistance, the solitary moral genius of a hero...Most of the characters — and there are 10 major roles — seem less like people than ideas with human masks...'Paradise Square' feels almost authorless despite its many contributors, and the direction of Moisés Kaufman, known for a strong hand and conceptual coherence, does little to erase the impression of anonymity...The other source of coherence in 'Paradise Square' is Kalukango, who somehow alchemizes the remarkable difficulties of the role into her characterization, making it incredible in the good way instead of the bad."
Read more

"3/5 stars...On one hand, this ambitious but amorphous show is a wide-ranging historical period piece...On another hand, it is a melodrama about couples and families torn apart by slavery, war and mustache-twirling villains...It’s a handsome production, with a talented and notably large cast; the exciting dance sequences, choreographed by Bill T. Jones, are among the show’s highlights, though one senses a missed opportunity in depicting the cross-pollination of Irish step dancing and Black tap traditions...The problem is that the writing doesn’t support the spectacle, yielding a ponderous hash of good intentions that often feels like a training-wheels version of 'Ragtime.'"
Read more

"Dance and history and race and loss tempered with hope — what a subject for a musical this would be, if only 'Paradise Square' had managed to theatricalize it. There’s room for it in its two hours and 45 minutes, but the gluey (and clearly glued-together) book by Christina Anderson, Craig Lucas, and Larry Kirwan uses the real setting and events without, somehow, actually telling their story...Now, Kalukango herself is amazing...The plot, though, wouldn’t miss her. Cut the part, and the story wouldn’t change."
Read more

"Purports to be a fable of American race relations. But while conflicts between the neighborhood’s Black and Irish residents at times come thrillingly to life through dance, 'Paradise Square' is wrong-footed from the jump...Puts a host of stock characters in a broadly sketched historical setting, piles on the plot, and hopes for contemporary resonance. The result is a tiresome mess. Supported by a formidable dance ensemble, the ongoing face-off between the two men is at least a vibrant showcase for propulsive choreography from Bill T. Jones."
Read more

"Although it features a uniformly terrific cast, and delves into a potentially resonant historical incident—the New York Draft Riots of 1863, which pitted lower-class whites against blacks and resulted in more than 100 deaths—this earnest and hardworking musical gets tangled up in too many storylines to render any of them in emotional depth for more than a minute or two. "
Read more

"Some bluntly stated distancing from Foster’s music infuses 'Paradise Square' with no small amount of anachronistic debate over cultural appropriation – arguments that would have been so much more enticing if the musical was self-reflective enough to consider its own many artistic liftings...'Paradise Square'...has an unfortunate, even disastrous, tendency to lay blame on its cartoon villains rather than the murky depths of its good-natured common folk...'Paradise Square' comes very close to saving itself from its own impulses...by giving star Kalukango the evening’s single greatest moment of glory: a powerhouse anthem of anger and defiance."
Read more

“Paradise Square,” directed by Moisés Kaufman and choreographed by Bill T. Jones, substitutes energy for enlightenment. It’s a dizzying thicket of dance breaks and choral numbers, patterned not particularly elegantly after other Broadway epics including “Ragtime” and “Les Miserables” and “Miss Saigon.” A more apt title might have been “Overkill: The Musical.”
Read more

"“Paradise Square,” which opened Sunday on Broadway, is a throwback to that gluttonous decade of stage sledgehammers such as “Ragtime” and everything Frank Wildhorn ever touched. It puts some 40 cast members in a dense historical sob-fest that wallops the audience with self-importance when it’s not lulling them into submission with more than 20 sad, derivative songs broken up by pointless dances."
Read more