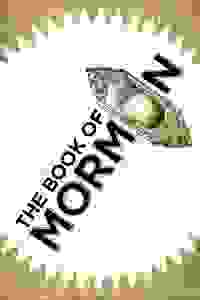 View in admin
The Book of Mormon (Broadway)
NYC: Midtown W
89
Buy tickets from $69 on TodayTix
Score it Scored!

The Book of Mormon (Broadway) NYC Reviews and Tickets

When two Mormon missionaries are sent to Uganda to spread the word of God, they quickly learn the local villagers are not as excited as they are. In a world full of AIDS, famine, and armed conflict, two best friends find love, healing, and a renewed faith in The Church of Jesus Christ of Latter Day Saints. This production took home nine Tony Awards in 2011, including Best Musical.

The musical is a satire, but is in the style of an old-fashioned Broadway musical, with big musical numbers.

The score and book are written by Trey Parker and Matt Stone, the creators of 'South Park,' and Robert Lopez, who wrote the music for 'Frozen' with Kristen Anderson-Lopez. Robert Lopez is the first artist to double EGOT (winning an Emmy, Grammy, Oscar, and Tony).

See it if you like musicals with non-stop action: hilarity, and singing woven into an interesting plot. An energetic cast with good tech support.

Don't see it if you do not like making fun of religion or do not like swearing or carnal actions.

"On my fourth visit on a recent night, the show still had me at “Hello,”...I had anticipated a certain falling off of religious fervor: three years is a long time for a peppy musical to stay peppy. But gosh darn it if I didn’t feel born again all over again, ready to spread the word about the faith that this show preaches and, more importantly practices: the holy faith of musical comedy."
Read more

"Brimming with cheerful obscenity, sharp satire and catchy tunes, The Book of Mormon is a sick mystic revelation, the most exuberantly entertaining Broadway musical in years."
Read more

"The Book of Mormon, arriving after months of hype, somehow delivers even more than its ridiculously felicitous advance buzz promised: It’s an often uproarious, spiritually up-tempo satire not just of Mormonism, and not just religion in general, but of (no kidding) Occidental civilization itself."
Read more

"An exhilarating Broadway musical at once revolutionary and classic, funny and obscene, uncompromising in production standards and unafraid of just about anything else."
Read more

"Every song enhances the hilarity, expert staging heightens every gag, and the cast of fresh faces is blissfully good. Broadway hasn’t seen anything like it since Mel Brooks came to town with “The Producers,” only “Mormon” has better songs."
Read more

“Money can buy you happiness! If you’re in possession of a ticket, you’ve wisely secured a seat in the premier-class cabin of delirium.”
Read more

“The Book of Mormon has the old-fashioned musical comedy heart of adults who spent much of their adolescence lip-syncing to original cast albums in their finished basements."
Read more

The Book of Mormon On Broadway: Everything You Need to Know About Its Inspiration
Learn everything you need to know about &quot;The Book of Mormon&quot; at Show-Score, and find out what made the show unique and successful. Read more
6 of the Most Honest Responses Members Had to The Book of Mormon!
Review roundup! Over a decade after it opened, The Book of Mormon continues to thrill Show-Score audiences, near and far. Read more
What are the Best Musical Theatre Duets?
We list some of the most popular musical theatre duets songs.﻿ Read more