The Phantom of the Opera (NYC)

In this classic musical - the longest running in Broadway history - a hideously deformed man lives in the cellars of the Paris Opera and takes a beautiful soprano as a student. More…

Far beneath the majesty and splendour of the Paris Opera House, hides the Phantom in a shadowy existence. Shamed by his physical appearance and feared by all, the love he holds for his beautiful protégée Christine Daaé is so strong that even her heart cannot resist. "Phantom of the Opera" is the longest running musical in Broadway history and features a score by Andrew Lloyd Webber and is directed by Hal Prince.

See it if this classic is for everyone

Don't see it if have already seen it at least twice

See it if You've never seen Phantom before or introducing someone to theater. It's a great show to take people who don't see a lot of theater.

Don't see it if You dislike operatic music

See it if You love a beautiful love story. Longest running show in Broadway history for a reason! Great for guests that don't speak English.

Don't see it if You're too much of a dude to be romantic.

See it if If you like classical musical theater ie Evita, Kiss me Kate, Le Miz etc. you will love it. Great staging it is a world class show.

Don't see it if I think you need to have a sophistication of Opera or heavy musicals to really appreciate the show.

See it if It's a must see, simply because of its long history. That said, it feels dated.

Don't see it if You don't like a twinge of opera.

See it if you've never seen it and you feel the need to see why it has lasted for over 25 years. (If you figure it out, please let me know!)

Don't see it if you've already seen this overrated snoozefest. No need to see it again (although plenty of people have inexplicably seen it multiple times!)

See it if you have a tendency to opera. We have seen it 3 times but during it's early run we thought that Saigon & Les Miz were better.

See it if you want to be lost in a beautiful story supported with great music and great voices on a marvelous set - this is why it has lasted so long!

Don't see it if you want a musical with a lot of juke-box energy or do not like the story as much as the music. I would call this a serious, adult musical.

See it if you are an unapologetic romantic, overdone production values are your thing, you enjoy good choral pieces, unrequited love stories appeal

Don't see it if the taint of popularity has turned you against this show, you don't believe in romance and can't accept the unrequited love aspects of plot

See it if you want to see why this is the longest-running musical. The romance is heightened and sustained like Tristan finding his beloved Isolde.

Don't see it if This ain't opera, honey!

Don't see it if good storytelling is important to you. In 2018 it feels like everything's happening "because that's how it's done" but no one remembers why.

See it if you enjoy classic musicals; gorgeous, operatic voices; exquisite costumes (the best on Broadway); and stories of mystery that may scare you.

Don't see it if you prefer something light and fun. This is dark and moody.

Also This is the first show I’ve ever seen on Broadway. Sixteen years later I saw it again with fresh eyes, and I simply adored it—far more than I remembered (so much so that I had to update this review). In fact, I thought I didn’t care much for it. If you haven’t seen this is awhile, see it again. The costumes, sets, music, and story are engrossing and masterful. It’s no wonder it’s still going strong 30 years later.... Read more Read less

See it if You want to see this iconic show. Why not see it to learn what the fuss is about? The singing is incredible. Beautiful costumes. Sets. Etc.

Don't see it if You hate musicals and opera. Also story is pretty strange. And dark. Seems inappropriate for kids in my opinion.

Also I had seen the original production and avoided the show all these years. Went because a visiting friend wanted to see it. But I was happily surprised and really enjoyed it. Fun to hear the songs performed again and see all the other elements but really disliked the story
Do NOT pay full price for the tickets. They are almost always available at the TKTS booth. We got great seats in the fourth row from TKTS.
... Read more Read less

See it if You've never seen Phantom in any incarnation before.

See it if This a traditional musical with beautiful tunes and wonderful set. Not a sophisticated show but you will remember the music.

See it if You like luxurious, splashy shows with great tunes and fantastic staging.

Don't see it if You dislike A L Webber styled shows with over the top staging.

448 reviews
Get Alerts Alerts On Alerts Off
85
There is as reason it's playing 20 years. terrific production. terrific music. terrific performers.
August 24th, 2018

See it if You appreciate Andrew Lloyd Weber musicals and want to see really good theatre.

Don't see it if If you don't appreciate Andrew Lloyd Weber

See it if you grew up w/ the music, appreciate rich visuals and unironic gothic love stories, or are on the fence for any reason

Don't see it if you’ll treat the theater like it's your living room. Phantom always attracts weirdos who wander the aisles, scratch themselves, cuddle. WTF?

Also If you’ve only ever listened to the recording you owe it to yourself to hear the live orchestra—the sound of the score filling the theater is incredible (and, like real opera, it actually sounds best in the highest, cheapest seats). The cast changes a lot but at the moment James Barbour is leading and he’s an astonishingly poignant Phantom.

The famous chandelier scene and a handful of pyrotechnic effects could use a technological refresh, but I disagree w/ the idea that the whole show is dated. The music and songs are as popular as ever and the landmark production design is still achingly beautiful by anyone's standard. Take a break from the threadbare/abstract/restrained productions. Phantom earns its keep. It’s not the longest running Broadway show for nothing.

Update 2019: Still so good. Still the most casually crazy audience on Broadway. A guy in my row ate an entire subway sandwich.

See it if you never have - everyone should see it once. This production delivers the crowd pleasing visuals and songs in a perfectly adequate fashion.

Don't see it if you're looking for edgy groundbreaking theater, or have an aversion to synthesized music. The orchestrations could use a serious update.

Also Lots of earnest energy in this cast, and I sat next to two teen aged tourists and their dad, all three of whom loved it, which helped me to see it afresh through their eyes.... Read more Read less

See it if you are an Andrew Lloyd Weber fan

Don't see it if if you hate Weber's music

See it if you enjoy traditional shows and want to hear an amazing score. I saw a previous production in Chicago and was not impressed by this one.

Don't see it if you want to see a ckassic.

See it if you want the full theater experience. This West End musical brought to NYC the era of the Broadway spectacle. Take yo kids, take yo wives.

See it if you want to see why this show has been running for over 25 years. See it for the romance, intrigue and beautiful music.

Don't see it if opera and slow songs aren't your thing.

See it if you love musicals, good story, andrew l. webber, a classic by now, do not miss

See it if you haven't seen it before. Everyone should see Phantom at some point.

Don't see it if you want a more modern musical experience.

"I found my expectations upended, my jaded armor melting away...I found myself with a new appreciation for this beloved show’s gothic theatricality; the waltzing sweep of Harold Prince’s direction; the grandly soaring melodies of its most celebrated songs...It may or may not be a great musical, a...
read more
Get Alerts Alerts On Alerts Off
“Andrew Lloyd Webber has taken the Gaston Leroux potboiler about the love-crazed disfigured genius who lives in the catacombs of the Paris Opera and fashioned it into a thrilling and musically rich mass legit entertainment. The 19th century period spectacle, scenic legerdemain, soaring melodies a...
read more
Get Alerts Alerts On Alerts Off
“It is a thrilling show -- as sumptuous as any on Broadway. And it touches the heart in odd and unexpected ways…If you put aside all preconceived notions and let the spell happen, I don't see how you can be disappointed…’Phantom’ follows an insinuating tack -- luring the audience into a luxurious...
read more
Get Alerts Alerts On Alerts Off
“Harold Prince’s powerful operatic-style staging is terrific, remaining taut and shipshape, while the show still acquires just the right style, ornate but quaint, from the late Maria Bjornson’s wonderful production design. Add to this Andrew Lloyd Webber’s sweeping and lush pastiche of a score, a...
read more
Get Alerts Alerts On Alerts Off 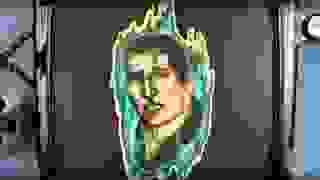 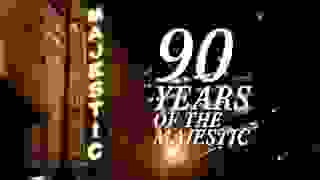 90 Years of the Majestic | The Phantom of the Opera

90 iconic years of the place The Phantom of the Opera calls home on Broadway. Here's to you, mighty Majestic Theatre! Experience the power of the phantom wit... 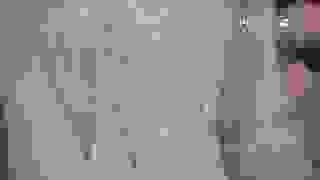 The Art of the Dress

Follow The Phantom of the Opera's inimitable ingenue in an intimate look at Broadway's most renowned wedding dress. 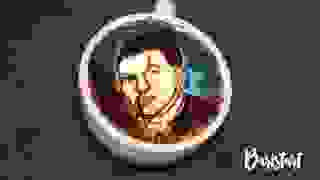 Bartistart | The Phantom of the Opera

Presenting The Phantom of the Opera, the smash hit musical by Andrew Lloyd Webber! Experience the power of the phantom with your nearest performance: http://...

Andrew Lloyd Webber
Composer
Get Alerts Alerts On Alerts Off 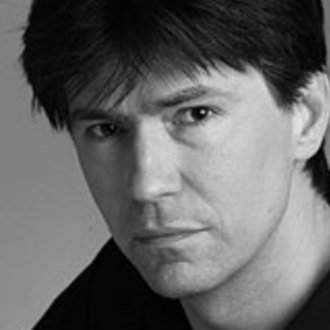 Charles Hart
Lyricist
Get Alerts Alerts On Alerts Off

Harold Prince
Director
Get Alerts Alerts On Alerts Off 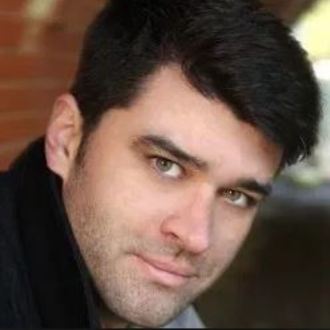 Ben Crawford
The Phantom
Get Alerts Alerts On Alerts Off 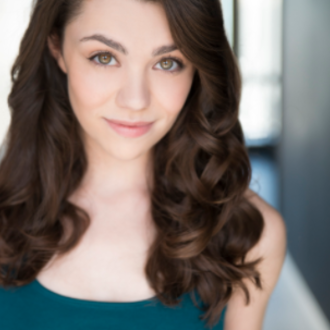 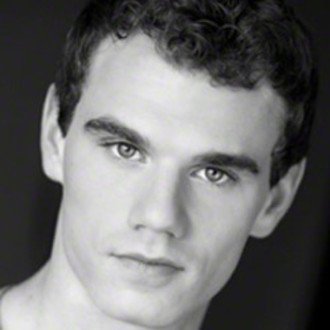 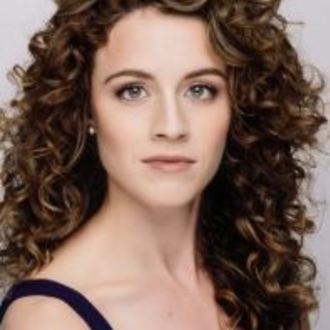 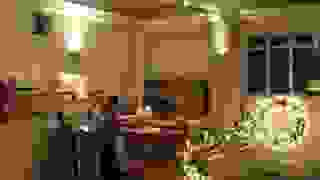 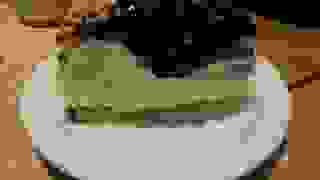 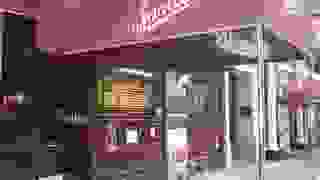 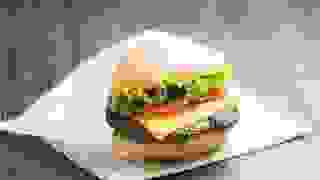