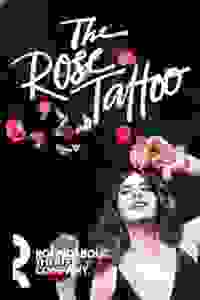 See it if Very well acted. Marisa T is very good in her role with great staging. Not the best Rose Tattoo I have seen but entertaining.ifulikewilliams

Don't see it if Long play. If you like a traditional Rose Tatto, this one is different than past productions. Accents vary from the actors- forced.

See it if you want to enjoy Tomei in a good role; you like the characters from real life that Williams presents; you want to savor a fresh version.

Don't see it if hearing everything is important to you: multiple voices, projection away from audience, accented English, Italian dialogue and songs.

See it if After latching on to her two tragedies, a dressmaker is comfy in her despair, until desire unleashes her broad comedy funnybone.Experimental

Don't see it if Lesser Tennessee matching a lesser odd mix of acting,set,music,cliche,wardrobe,accents,tonal shifts, which all test the limits of patience. Read more

See it if you like Tomei who pours herself into the role; you like everything Tennessee Williams; better 2nd act with lighter fare and physical comedy

See it if You are a Tennessee Williams fan and like Marisa Tomei in anything. A story of a lonely widow and her daughter trying to lead a moral life.

Don't see it if You expect sparks to fly as in the original movie. The first act is very slow and painful. Stay for the second act, it is worth it. Read more

"'The Rose Tattoo' gets much more pleasurable as it opens into bloom. Tomei is not ideally cast as Serafina-her lightness works against her-and the first act is thick with Italian accents and gesticulation. But Tomei's great talent for romantic comedy clicks into place in her flirtation with Mangiacavallo."
Read more

"Marisa Tomei stars as a Sicilian American widow who rediscovers the passion beneath her pain in the arms of an ebullient truck driver in the 1951 Tennessee Williams play."
Read more

Grade: B- "Marisa Tomei gives her all to an unsatisfying revival of 'The Rose Tattoo'"
Read more

"Despite a huge cast of characters, this is a very slender play — more a mood piece, really — and far from the playwright’s best. Without any solid scene setting, the minimalist production provides little environmental support."
Read more