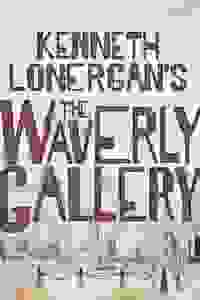 'The Waverly Gallery' is about the final  years of a generous, chatty, and feisty grandmother’s final battle against Alzheimer’s disease. Gladys is an old-school lefty and social activist and longtime owner of a small art gallery in Greenwich Village. The play explores her fight to retain her independence and the subsequent effect of her decline on her family, especially her grandson. More than a memory play, 'The Waverly Gallery' captures the humor and strength of a family in the face of crisis.

See it if You want to experience theatrical greatness. A superb script, expertly acted by some of Broadway’s finest. A moving night of theatre!

Don't see it if You’re looking for something light and fluffy. This is serious drama.

See it if If you want to see a well written well acted play. You like Great sets.

Don't see it if If dementia bothers you or its subject matter.

See it if you enjoy great acting by the whole cast in a view of difficult subject presented in an entertaining, seamless fashion passing 2+ hours fast

Don't see it if you are not ready to view hardships of loss of memory for an individual, family embers and others or to laugh about circumstances presented.

See it if Realistic portrayal of the decline, lightened by humor. Beautifully acted. Promotes loving care even as the ability to connect is lost.

Don't see it if Straightforward story; no surprises. Not as dark as my own experience caring for a parent with dementia. Superfluous 4th wall breaks.

See it if you want to experience a magnificent performance. Elaine May is astounding. A disturbing subject presented with humor & sensitivity.

Don't see it if family themed plays, particularly those about aging distress you.

See it if you want to see Elaine May give a canny, penetrating perf as a proud, accomplished woman losing her mind, her purpose & her quality of life.

See it if Dealing with a family member who gets dementia.

Don't see it if Dementia, upsetting to watch this play. Read more

“A group portrait, in which everyday life is distorted to the point of surrealism by the addled soul at its center. Neugebauer has assembled a dream cast to embody the collective madness that seems to descend on those closest to Gladys...As near perfect as the performances are, the physical production occasionally lets them down...Such objections dissolve as soon as Gladys and her clan reassemble into groupings that convey claustrophobic intimacy and tragic, unbridgeable distance.”
Read more

“Lonergan's family drama, starring the great Elaine May, is an indelible portrait of loss...’The Waverly Gallery’ forces us to deal with the walking memento mori that Gladys has become, but in a way that never seems cruel...She is funny and warm and she’s familiar, which helps fill in some of the play’s emotional blanks...May receives very fine support from the rest of the ensemble of Lila Neugebauer’s steady and unforced revival.”
Read more

“There’s both a lot and very little happening in...’The Waverly Gallery’...A play that’s dedicated to the meticulous commemoration of the unextraordinary...While Lonergan’s play is funny...My trouble with ‘The Waverly Gallery’, despite its painstakingly relatable dialogue and situational poignancy, is that I...wanted it to do something else too...Even in the sensitive hands of its actors, especially May and Allen, it’s an affecting play, but not a revelatory one.”
Read more

"Gladys is so much the object of our interest that a tendril of plot about real estate—the landlord wants the gallery gone—feels tacked on, and better forgotten. More fruitful is the chorus of talk that surrounds Gladys...'Waverly' will not be remembered as one of Lonergan’s major works, but this production, directed by Lila Neugebauer, showcases his great and singular talent for splitting open brisk, bookish people like these."
Read more

"While the memory play is not the most profound work of this keenly observant writer, it's probably his most personal...Neugebauer handles the gradual modulation from light comedy to searing pathos with confidence. But the play's inevitable limitation is that there's only one direction it can go...’The Waverly Gallery’ has been given a sensitive, for the most part beautifully acted production that honors the playwright's very personal stake."
Read more

‘Never quite builds to the emotional power of his memorable screen work...But it does have a movie-star cast as well as a low-key, humor-laced melancholy...Lonergan seems more engaged in tracing the fear, resentment, and gallows humor that come with caring for an aging parent, and all the ways people cope with the things they can’t control...'Waverly’ offers something else instead: an indelibly human, quietly heartbreaking study in mortality and familial love.”
Read more

"So the poignancy is a bit heavy-handed, even under the thoughtful direction of Lila Neugebauer. But the sentiments are genuine and the emotions they raise are potent...This is a hard play to watch - like a play that opens with a deathly ill person and doggedly follows that person to the grave. In fact, if they gave a prize for Most Depressing Play of the Season, this one would win...To be fair, there are moments of relief...A play that’s guaranteed to tear you apart."
Read more

“This revival is a close-to-ideal enactment of what might just be Lonergan’s most gripping stage play to date—which is saying something...May is not a stage actor but her lack of experience...doesn’t stop her from a performance that blends bewilderment with courage in a way that is beautifully, heartbreakingly right...Her four colleagues, Ms. Allen in particular, support her with the utmost sensitivity...Neugebauer has long since established herself as one of our best directors."
Read more