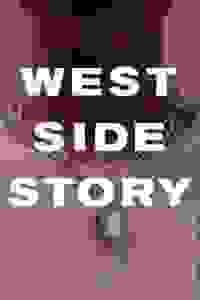 When "West Side Story" first appeared on Broadway in 1957, it made household names out of its cast and creative team. Today, this production aims to do it again; modernizing the story and playing with form, for the 21st century. Ivo van Hove has reimagined the classic take on Romeo and Juliet, with his signature blend of minimalist design and use of technology.
Read more Show less

See it if to see a brilliantly re-imagined WSS for the 21st C that breathes new life into (but maintains the integrity of) one of the all-time greats.

Don't see it if "I Feel Pretty" is your favorite song; u expect a conventional revival [This ain't your grandma's WSS!]; u oppose the controversial casting. Read more

79
Uneven production of a great show

See it if Interested in seeing a gritty, ambitious, modern take of a classic B'way musical that takes huge risks.

Don't see it if you don't want to be overwhelmed by projections that at times dwarf the performers so that your focus is redirected... Read more

See it if updated, shortened version of a classic; wonderful Bernstein/Sondheim music; want to see new interpretation & choreography with videos

Don't see it if video projections that often distract from the characters & dancing on stage; choreography that has gymnastic elements, floor sliding & * Read more

See it if You are curious to see what they have done to a classic. Interesting use of projections.

Don't see it if You loved the original play or movie. The projections distract audience away from actors. Who is a Jet who is a Shark confusing. Read more

See it if you would enjoy seeing a Broadway classic ripped up and sewn back together like some badly designed Frankenstein monster of a show.

Don't see it if you grew up loving the 1961 movie and you were DISAPPOINTED by the 2009 Broadway revival. Make sure to SKIP this production at all cost !!! Read more

See it if You can deal with a deconstructed Belgian take, all shiny bells & whistles, 2-storey video projections distracting from the actors onstage.

Don't see it if A WSS purist or if a violent, graphic rape scene disturbs; if you want to see a talented cast poorly choreographed below their abilities. Read more

See it if First of, the cast is very pleasant and most did the stage door 🚪. The venue is huge; I believe it’s the biggest Broadway 🎭 theatre 🎭.

Don't see it if Now for the show? It’s ambitious! To chop down about an hour of text and axing “I feel pretty”, etc., takes some major cojones! If you don’t Read more

See it if This is one of my favorite musicals of all time, but I had only seen the movie. Even though this was updated, I adored it!!! Wonderful!!!

Don't see it if You aren't open minded. This is very updated, but still maintains the aura and charisma that I came to adore in the movie. Songs! Dance!

4/5 Stars. "Van Hove's 'West Side Story' functions very differently from any we have seen before. If the result is sometimes murky, it is also frequently revelatory-a major accomplishment in a show whose status as a classic threatens to freeze it in time and relevance."
Read more

"In the New 'West Side Story,' When You’re Onstage You’re Onscreen All the Way"
Read more

"A GRIM TAKE ON 'WEST SIDE STORY': Ivo van Hove’s new interpretation of the iconic musical is an infuriating example of what happens when a powerful style calcifies into shtick."
Read more

Grade: B. "A radically reworked 'West Side Story' comes to Broadway"
Read more

"Anyone expecting a standard revival of ‘West Side Story’ is in for a surprise."
Read more