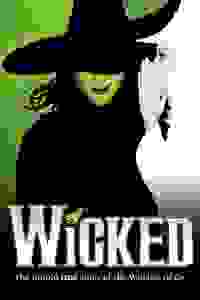 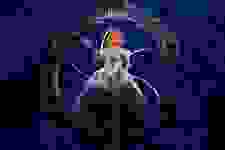 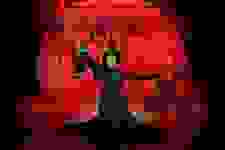 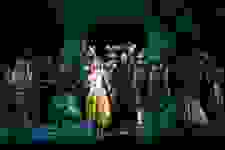 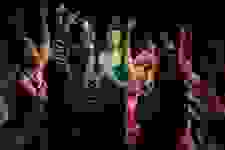 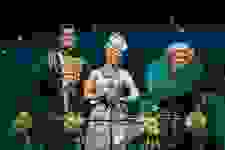 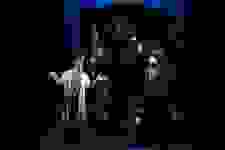 Based on the novel by Gregory Maguire, 'Wicked' looks at what happened in the Land of Oz…but from a different angle. Long before Dorothy crash lands her house in Oz, there is another young woman, Elphaba, born with emerald-green skin—smart, fiery, misunderstood, and possessing an extraordinary talent. When she meets a bubbly and popular blonde, Glinda, their initial rivalry turns into the unlikeliest of friendships…until the world decides to call one “good,” and the other one “wicked.”

The score by Stephen Schwartz ('Godspell,' 'Pippin,' 'The Prince of Egypt') includes the songs 'Defying Gravity,' 'Popular,' and 'The Wizard and I.'

'Wicked' opened in 2003 and in 2019 became the fifth-longest-running show in Broadway history.

Don't see it if you don't like fairy tales.

See it if You've never seen it before, it's a must see!

See it if see it if you like a good show that moves at a good pace and is pleasant to sit and watch.

Don't see it if if you don't like a wizard of Oz type of show, one that borders on animation.

See it if You're a fan of The Wizard of Oz. this gives you a fun different perspective. If you read the book, I liked this even better.

Don't see it if You don't like the Wizard of Oz.

See it if Magically fulfilling - a ride you won't forget due to the energy, the music and the addition to the story.

Don't see it if you do not like the story of The Wizard of House or hate entertaining musicals.

See it if You need a good intro to Broadway. A good "first" show.

Don't see it if You are allergic to green.

See it if you love big Broadway shows. This is all that and more. Singing, dancing, fabulous costumes with sweet plot, lots of talented performers.

Don't see it if you like serious theater. This is pretty much frivolous. The show delighted me and my companions but we like colorful talented and escapist.

See it if You love the Oz stories, enjoy power ballads, like a story with some meat to it, great characters, some good surprises, excellent voices

Don't see it if The Wizard of Oz is not your thing, you can't imagine being in a theater full of eager teenage girls, not a fan of overpowering singing

"In retrospect, Wicked seems an early sign of the cultural clout which is to say buying power of a generation of girls (and now women) whose desire to see, read, and sing along with stories about female empowerment has become a snowballing trend."
Read more

"A musical prequel to The Wizard of Oz, that explained how the Wicked Witch of the West got that way, and explored her true relationship to Glinda the Good Witch. A combination of outstanding elements."
Read more

"Two of the producers of the musical Wicked bear the name Platt, which (in German) means flat, and one the name Stone, which (in English) means heavy. Why not also one called Long, although it is too much to ask for one called Boring, all of which apply to the show."
Read more

"'Wicked's' at its cleverest with the girl stuff; the streamlining of Maguire’s story – reducing a totalitarian allegory to an animal-rights flap – weakens the narrative logic. Catchy Stephen Schwartz songs compensate for a dreary opening number, but it’s the 'Wicked' witches who really make magic."
Read more

"The best moments in 'Wicked' come when the stage is least crowded. I'm done niggling. 'Wicked' is funny and touching and full of beans (not to mention child-friendly). It'll make a great movie one of these days, and it's going to make Kristin Chenoweth a star right this minute. Go."
Read more

"Nothing in Oz, you see, happened the way Judy Garland thought it did. In 'Wicked', the ruby slippers aren’t even red. So, all ye who enter here, check your cynicism at the door and get in touch with the little kid inside you who’s been begging to get out. Neither of you will want to leave 'Wicked.'"
Read more

"What is spectacular about the show is the spectacle. That old Emerald City has never had it so good, with flying monkeys and giant Munchkins with extendable necks. Kids will love it, even if they don’t quite understand it. But this yellow brick road is also paved with oppressive music and banal, if sometimes pretentiously amusing, lyrics and a complex, if foolish, book."
Read more

"It's an ambitious musical...There are so many wonderful things in Wicked that to dismiss it as so many critics have done strikes us as perverse...It has a heart, a brain, and the nerve to have opened on Broadway."
Read more