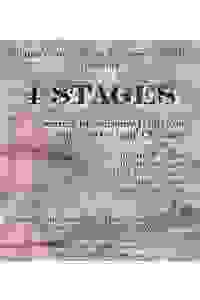 A double bill of dramas which includes an abstract, movement-based social issues piece and an environmentally-focused one-act play. Part of the 2018 Planet Connections Festivity.

A tale of greed, corruption, and revolution, '4 $tages' explores the fundamental issues plaguing the American political and economic systems – from wealth inequality to runaway imperialism – through 4 stages depicting how America got to where it is today, as well as the possibility of what could come next.

In 'Arabella,' Lloyd is the CEO of an oil company. His daughter Sophie is an environmental activist. Arabella is a Jacaranda mimosifolia, a sub-tropical tree native to South America. When Lloyd receives a letter from Arabella on the same day Sophie brings home a disagreeable guest, he begins to question the sacrifices he has made for his family.

Don't see it if if you are not open to a short play-Arabella and a dance/movement/performance presentation on equality and economic justice-4 $tages.

See it if you might like to see a political double-bill, a short play with movement that addresses ecology & a dance piece that targets capitalism.

Don't see it if you want to see a fully developed play or fresh choreography. Read more

Don't see it if You want one full production