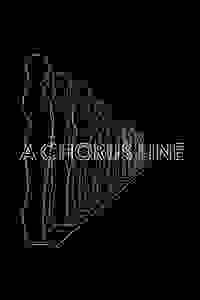 City Center's 2018 Annual Gala Presentation is the classical musical "A Chorus Line," a passionate tribute to dance and musical theater—two art forms that they have been bringing to New York audiences for 75 years.

In 1975, the stories of seventeen Broadway dancers sprang to life when "A Chorus Line" opened Off-Broadway. Born of workshop sessions with actual Broadway dancers (eight of whom appeared in the original cast), the musical turned the spotlight on the anonymous, sparkling workhorses of the ensemble. The scrutiny of the audition room gives way to the intimacy of a confessional as—one by one—the usually overlooked cogs in the machine step forward to divulge why their lives are singular and sensational. This incisive portrait of the life of the Broadway dancer received twelve Tony Award nominations, winning nine—in addition to the 1976 Pulitzer Prize for Drama. This Annual Gala Presentation is led by Bob Avian (original co-choreographer) and Baayork Lee (Connie, original cast).

See it if Top notch production. Great actors/singers/dancers. Themes that are as relevant today as they were over 40 years ago.

Don't see it if No reason not too. This Production is ready for Broadway.

See it if Great production of a classic that still feels current. Cast is excellent, music & dancing are wonderful. Loved every minute.

Don't see it if Can't think of a reason not to. An amazing production for people who have never seen it or for those who are revisiting.

See it if If you want to see a big time musical. Great singing and dancing.

Don't see it if A musical that is dated, not quite as good as at the Shubert in the 70's. You want up to date costumes and numbers in a musical.

See it if Maybe 7th version for us. Still spectacular esp. the dancing and the story despite 2 hours plus. How often: 100% agreement with Partner? .

Don't see it if alas. nothing negative Be prepared for more than 2 hours & no Intermission

Don't see it if 1975 dancers’ stories of abuse/alienation not as affecting today; still best evocation of heartbreak/thrill of Bdway dance audition Read more

See it if you've ever felt like you haven't gone anywhere in your life or career--and you need validation that you're not alone. Plus, the dancing!

Don't see it if you need a traditional narrative structure. This show introduces many characters, but there's a simple, uncomplicated storyline.

See it if Classic 70s musical give the Encores loving treatment. Great dancing and singing. Tony Yazbeck wins as Zach and Ryan Steele as his assistant

See it if you want to see a classic musical that is entertaining and sometimes very moving, great dancing even when they are supposed to be flawed

"In any reasonably faithful production, like the one that opened on Wednesday night...what’s thrilling about the show invariably remains so. But I wonder if the rest is beginning to get creaky...Assembling bodies into masses of light and dark, wiping the stage picture, irising in on an individual or panning the entire ensemble, Bennett creates a rhythm of revelation more akin to film than theater...But these stories are sounding a little trite in 2018. Even when sharply performed."
Read more

“The new production meticulously reproduces the look and feel of the original...’A Chorus Line’ inevitably becomes a period piece, rather than the contemporary behind-the-scenes theatrical reportage that it represented 40 years ago. Even so, the show remains an enormously powerful and affecting piece of work...The sheer pleasure of performance is enriched by layers of understanding, make ‘A Chorus Line’ worth revisiting—now, and again, and again, and again.”
Read more

"This cast of triple-threats turns 'A Chorus Line' into the vivacious experience we all want it to be...There are so many absolutely incredible dance sequences in 'A Chorus Line' that you can look past the few faults of this production. More important, for the various acting flaws, this cast performs the choreography like nobody's business, proving that Bennett's work stands the test of time. We're lucky to have the opportunity to see this singular sensation once again, no matter what."
Read more

“This is, in the best sense of the word, a museum-like production and the brilliance of the piece in its original form is something every theatre lover should witness. But even in a recreation, new performers bring in new dynamics, and in this production there's a thrilling dynamic provided by two acting performances...A Zach and Cassie pairing where you really see what connects them and what drove them apart...There are other marvelous moments...as performed by this very talented company.”
Read more

"'A Chorus Line,' done right, is an altogether marvelous combination of words, music and movement. And at City Center it is done right...The songs snowball, demonstrating more impact as the evening proceeds...Two critical sequences...have always been somewhat dependent on the power of the performers on hand. In this case, Eddie Gutierrez as Paul and Hurder as Cassie are excellent, with both of these scenes enhanced by Yazbeck as one of the best Zachs we’ve seen."
Read more

"Well, here's what I have to say having witnessed City Center's gala production of this landmark musical: Viva La Revolucion! Not only does this singularly sensational material still thrill audiences - and tug at their heartstrings - but this faithful restaging by the keepers of the show's flame, original co-choreographer Bob Avian and original cast member Baayork Lee - proves to be as golden as the still-legendary Theoni V. Aldredge costumes the cast dons for the finale."
Read more

“City Center has assembled a brilliant cast and creative team that have preserved the quintessence of the originals, and in doing so, giving them new life...The score is hit after hit...They are punctuated by some of the most iconic and complex dancing seen on a Broadway stage, which the talented cast of triple threats carry almost seamlessly...No number failed to stop the show and bring nostalgic audiences to abundant tears and laughter.”
Read more

"Michael Bennett’s conceptual piece, drafted together by a group of frustrated dancers, led by Tony Stevens and Michon Peacock, is beautifully realized once again on the NYC stage, and it hasn’t lost any of its power or appeal. With a cast of spectacularly talented dancers and singers, 'A Chorus Line' resonates just as it did for me 28 years ago...The glorious wonder of the piece remains solid and everlasting."
Read more