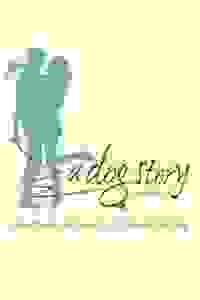 Seaglass Theatrical and Waterfront Theatrics present the New York premiere of this heartwarming musical, about a career-driven lawyer who adopts a pup that changes his perspective on life.

Roland thinks he must be married to get the partnership he desperately wants. So he follows the advice of his best buddy, Guy, and gets a puppy named Cupid as a chick magnet for his Hamptons vacation. The plan works: He's thrilled when Cupid leads him to a beautiful businesswoman named Blair! But not so thrilled when Cupid also leads him to Miranda, a dog trainer who is patient with puppies but not their owners. Through first dates, angry tangos, and a sudden disappearance, Roland ends up discovering there's more to life when you get a dog.

See it if Mediocre writing and outdated non pc relationships don't make you cringe. You like predictable rom-com situations and endings.

Don't see it if You are wanting to see an up to date comedy with nuanced acting and intriguing characters and interesting and subtle plot lines.

See it if You love dogs.

Don't see it if you don't like cutesy shows with uneven acting. The women fare better than the men. Best of all was the dog.

See it if Want a twist of a puppy in a traditional "Boy Meet Girl" story. Lindsey Vanwinkle's a standout. She makes the most of the B material.

Don't see it if Don't like predicable love stories. Expect a dog - this one is mimed. - but the cast does a great job of making him believable.

See it if you want a cute rom-com show that will have you humming the main song long after you leave.

Don't see it if you do not enjoy off-off-broadway shows with minimal staging and small casts.

See it if you like somewhat predictable but cute boy meets girl musicals and/or dogs.

Don't see it if you don't like dogs, and shows that are predictable and somewhat cliched.

See it if you enjoy a small-scale romantic comedy; delightful romp through a fun story; some unexpected laughs; an intimate musical - change of pace

Don't see it if you prefer large scale staging and productions or a large cast; you need surprises over a predictable story or a thought provoking/deep show

Don't see it if you are attracted to hip or edgy material. You can see the ins and outs of this plot coming a mile away. But it's also genuinely sweet.

See it if you're an animal lover and are looking for some light and fluffy entertainment.

Don't see it if you want a fancy-schmancy production -- this show is on a tiny stage with a curio cabinet approach to set design.

"A predictable yet charming new musical comedy…A diverting 95 minutes of simple melodies and mostly successful comic performances…Morgan's score can at times seem almost too mawkish and mundane to bear, but the show can hardly be faulted for being schmaltzy. After all, this is a musical about a cute puppy. Despite its dog-eared plot, 'A Dog Story's' surprise ending grinds the show's shortcomings into kibbles. Only a curmudgeon could leave the theater without smiling."
Read more

"'A Dog Story' is that rare musical comedy that manages to be sweet but not cloying, accessible but not banal, and light but not unsubstantial...None of the 'types' are what they seem....Within the formula, then, are some interesting deviations in character as well as plot...The acting and singing are strong throughout...'A Dog Story' is a clever, upbeat play beautifully executed in a chaotic and sad time for most New Yorkers."
Read more

"All bones and no meat. Even the 90-minute running time seems hyper-inflated given the paper-thin premise…There’s not a single surprise to be found here; this is, most charitably, an old-fashioned rom-com that even Hollywood might reject as too treacly and formulaic…Although Morgan's music is unmemorably catchy, her lyrics tend toward the banal…Brown is a delight as Blair…She lights up the stage every second she's on it. The others are rather dimmer, though they all work hard."
Read more

"Utterly charming new musical...A pleaser from first bark to last. The show’s complement of four perfectly cast actors will not only convince you that the imaginary dog playing Cupid is worthy of your love, but will have you rolling over in laughter and delight...Weinberger’s book, even when it leans to triteness and cliché, overall makes for a good time...Somewhat obvious plotting does not matter one whit. 'A Dog Story' has a twist ending that rights any perceived flaws in the plot."
Read more

"A charming love story with a very New York flavor...The four actors are all well cast...Justin Baldridge directs this piece as befits the writing, keeping it light and naturalistic...The book by Eric H. Weinberger and music by Gayla D. Morgan work very well together. The story is simple without being simplistic, and the music flows easily without the jarring transition from spoken word to singing that can afflict some musicals."
Read more

"It's a friendly, if innocuous, 90-minute, four-character tail-wagger offering a Purina blend of romance with canine schmaltz...The most original thing in 'A Dog Story' is the replacement of an actual animal by using pantomime to display its presence...Most of the rest, while clichéd, contrived, and stereotypical, is sufficiently good-natured and appealing to keep you from going off in search of the nearest fireplug."
Read more

"Well acted and sung. This simplistic show about a man who needs a girl to get ahead, but can’t communicate enough to even get a date, takes what could have been cliche and rolls that over to charming…The score gives each character a moment to shine…Eric H. Weinberger’s book, is trite, cliché and predictable, but manages to salvage heart...This is a treat of a show for the whole family."
Read more

"An entertaining light romantic comedy. It is somewhat predictable, but that doesn't make it any less enjoyable. The characters are interesting...The songs were okay and a few of them were quite enjoyable. The show is staged in a very interesting manner and makes great use of minimal sets and props. It is recommended for ages 16 and up due to the subject matter."
Read more