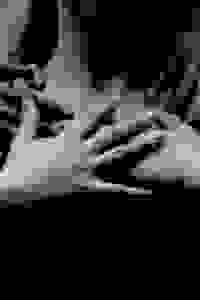 A Hand Across the Bridge

This new drama sees six former friends looking back on their last days of college: the relationships, the heartbreak, and the one night that changed their lives forever. Part of the 2018 Planet Connections Festivity. More…

Ten years after their commencement into the real world, the friends are brought back together to reflect on their last year at Sycamore University. When they all learn the truth about a single night, they realize how one night, one choice, affected them all.

Don't see it if college binge drinking depresses you, & you think there are better ways to critique it than replicating its most annoying qualities onstage.

Also I am pretty sure the playwright wants to critique the culture of college binge drinking & the potential for sexual assault that this drinking facilitates, so on this I congratulate him. But I found sitting through loud, crowded, repetitive replications of boozy party after party after party impossible. At one point, after the ringleader in whose (huge!) dorm room the parties takes place, stood up on a chair to tell us the inane rules of her party for what seemed like the hundredth time, I knew I would be fleeing this gathering (I’m not much of a drinker) as soon as I could manage that without causing a stir. Blessedly there was an intermission. The muggy July night air of downtown NYC never smelled so good to me.... Read more Read less

See it if you want a take on how college relationships bring about good times and bad as reflection and adulthood set in - energetic cast does well.

Don't see it if you do not want to relive the craziness of college days or if the noise of the necessary fans keeps soft spoken dialogue unheard.

See it if astonishing ensemble work excites you. Huge cast creates a specific college environment in which we view individual insights & experiences.

Don't see it if fragmented, fast changing scenes will distract you from the exploration of multiple tragedies.

Don't see it if You are bothered when there are a bunch of unneeded characters. It also takes forever for the storyline to develop.

Also I don’t understand how someone could write this play and just put it out there. It looks like a first draft and we got to see the entire 2+ hours. This play should have easily been condensed into a 45 minute one act. There are so many unneeded characters. The female ringleader gave the same stupid speech five different times. Not only was the speech not needed but her character does not help move the story along in anyway. Something happens to the nerdy girl late in the play and it almost takes away from what happened to the other girl. Trying to be respectful and not give away too much but you will understand this if you saw the play. Eight of the characters are one dimensional and have no depth to them. There were three different points when I thought the play was going to end and it just kept going and going and going.... Read more Read less

See it if you are interested in millenials. You want to see what college kids are up to these days.

Don't see it if You hate theater in the round, or square, as the case may be.

Also Much of the dialogue got lost because actors faced away from audience and did not project. My friend sat in a different section but had the same complaint.... Read more Read less

See it if You know some involved in the show to be supportive.

Don't see it if You don’t anyone involved.

Also The play is in desperate need of editing and a dramaturg. Many mistcast actors and poor direction.... Read more Read less

See it if you know someone involved in the production.

Don't see it if friend rape is a trigger. You are hard of hearing. Quite a few of the actors aren't great at projecting.

Also This play tries to take on friend rape without really addressing the seriousness of the issue. There were too many characters that weren't fully fleshed out. There were even people who just stood on stage and had no lines. It could be better once trimmed down and focus on a smaller group of central characters.... Read more Read less

See it if you are concerned about the issue of "date rape."

See it if you remember hanging out drinking with your friends in college. If you know any of the actors, you'll be glad you came to check their show

See it if You like intense dramatic theater, that covers very serious content in a masterful way. Writer and actors carry suspense through to the end.

Don't see it if You have issues with content about sexual violence/rape. If you are looking for lighthearted theater or an escape from the realities of life

See it if You miss your college days

See it if You enjoy seeing a group of people (mostly women) blame themselves for a rape instead of the rapist responsible.

Don't see it if You value your time and money, and if you possess even tertiary knowledge about the reality of sexual assault.

Also Are you in the mood to watch a male writer pseudo-apologize for an assault he may have committed? Listen, I typically don't like to make assumptions when watching a play, but Jesus Christ, when the rapist gets endless monologues and countless opportunities to seem complicated and morally justified, and the rape victim is given NO LINES and is silenced throughout the play you have to wonder how the six women in the play and the female director ever agreed to do this project.

All things considered the actors did a fine job, but to what end? This play is extremely long, meandering, and doesn't even try to tackle the implications or reality of rape. Rape is shoehorned in as a "gotcha" theme over an hour into a romping sex-comedy. Next time I take peyote and write an incomprehensible first draft of an embarrassing script I am confident I can land a production at Planet Connections Theater Festival.

I give it a 23 because I hate it as much as The Number 23. This play gave me depression.

See it if you love the actors involved.

Don't see it if you enjoy a show with a plot, or direction.

Also I have to give a hand to the actors, and more importantly to the audience, for their inhuman ability to make it through this entire show without eating a bullet. After the show had finally come to a conclusion, I wanted to offer my condolences to the actors for having to perform in this atrocity. It was painfully clear that there was no direction. And the writing truly makes me question the authenticity of Planet connections, as a New York theater festival, for having allowed this script to ever reach the stage, and for allowing me to purchase a ticket to view it.... Read more Read less

See it if Great energetic show that brings you back to collage days. Well written, directing and acting. A MUST SEE!!

Don't see it if You cant relate to hanging out with friends, collage, parties or the after math of what could be.

“A Hand Across the Bridge” hasn't been reviewed by any Critics (yet!) 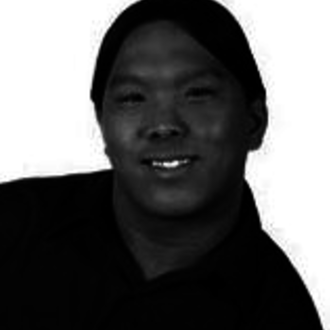 Jonathan G. Galvez
Playwright
Get Alerts Alerts On Alerts Off 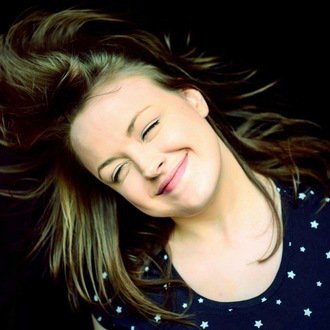