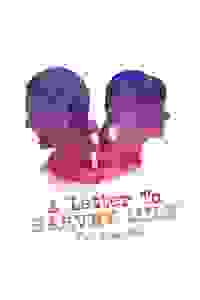 A Letter to Harvey Milk NYC Reviews and Tickets

Set in San Francisco in 1986, this musical deals with issues of friendship and loss, the grip of the past, and the hard-won acceptance set in motion by the most unexpected people.

What could Harry, an amiable but lonely retired kosher butcher have in common with Barbara, his young lesbian writing teacher at the senior center? Is it enough to bridge the divide?  When Harry fulfills a writing assignment to compose a letter to someone from his past who’s dead, he writes not to his late wife Frannie, but to Harvey Milk, the first openly gay political leader in California. Barbara is stunned. Harry's letter evokes life-changing revelations that neither could have foreseen.

See it if The direction and cast is good. If you like the jewish humor. It is a fast paced musical but lacks dialogue of any meaning.

Don't see it if Boring at times, bad dialogue as well as predictable. If you don't like Jewish humor, plays about LGBT or the holocaust.

See it if Lovely small musical about a friendship between lost souls from different generations. I was in tears by the end. Catchy lyrical music.

Don't see it if You wouldn’t enjoy Jewish and gay themes. You can’t abide sentimentality. You prefer a bigger production.

"Surprisingly fierce little musical...Ginsburg's lush orchestrations for piano, cello, and woodwinds give the music a sentimental air ideal for a story about the dredging of feelings long thought drowned. At the same time, the lyrics are honest and playful...Pappas juggles the overlapping plot lines with grace and precision. We're always aware of where we are...Brimming with warmth and clandestine power, this is one of those musicals that stows away in your heart without you even noticing."
Read more

"There's a lot to like about this show, but it isn't wholly successful for a variety of reasons. First of all, in my opinion, 90-minute musicals rarely work. It's a tall order to develop characters, as well as relationships...While partially due to the short duration of the show, part of that is also due to the writers' decision to include some of the dialogue within the songs like recitative...That said, the actors hold the musical together nicely."
Read more

"This is an old-fashioned laughter-and-tears exercise that combines wheezy gags with weepy revelations and the tasteless exploitation of certain world-historical events...The dialogue sounds like something thrown together in the writers' room of a mediocre television sitcom...Under Pappas' direction, the cast performs in a variety of styles...Filled to the brim with good will, but tries much too hard, overreaching in a way that comes across as unpleasantly calculating."
Read more

"Mixed-bag of a musical...The plot and characters are potentially quite moving. Unfortunately, the material is undercut by a bland and generic score...The performances are better than the material...Some of the early scenes move along a bit sluggishly, but director Pappas creates some effective stage images...Fall short of its musical ambitions, but the show does conclude with a sense of reconciliation, understanding, and, of course, hope."
Read more

"The musical really takes off in its second half...Overall 'A Letter to Harvey Milk' is impressive and quite enjoyable, but could use further revision...While some of the numbers have lyrics that are quite poetic and beautiful, others are a bit on the nose. If it weren’t for the unexpectedly poignant turn the production takes in the second half, 'A Letter To Harvey Milk' might be somewhat forgettable."
Read more

"Directed by Pappas from present to past and back again, the characters gradually unveil their secrets and come to appreciate the love, humor, hope and traditions of their lives...Newman's dialogue is overly generous with Yiddish colloquialisms...If not a timeless American musical, 'A Letter to Harvey Milk' offers an honest truth in a time that needs it."
Read more

"The play is at its best in its funny moments...The serious scenes are earnest but come off trite or corny. One exception to this is Harry’s telling of a tender moment he experienced in a concentration camp...There are 16 musical numbers in the play and they are the best element of 'A Letter To Harvey Milk'...All of the actors have lovely Broadway voices and can sell a song."
Read more

"In the current political climate, a musical like 'A Letter to Harvey Milk' can remind each of us of the importance of tolerance and understanding...Successful due to a range of musical numbers that run the gamut of funny to moving...Evan Pappas’ direction is thoughtful and precise with quick scene transitions for a breezy 90-minute show...The musical is shy in conflict and drama, opting for characters who are so likable that it’s hard to discern how each one grows."
Read more

"A charming sweet musical that does manage to splice a lot of power and punch out of a sometimes silly setup and structure. The music is lovely, while the lyrics...sometimes border on the simplistic or stereotypical, the story in the end is emotionally worthy of its telling...The actors' voices feel like they belong attached to the songs...At times, the big conflict between Barbara and Harry feels dated, artificial, and overly dramatic...This is a letter worth reading and seeing."
Read more

"Has good intentions but becomes confusing as it address too many issues...The characters seem to be messengers delivering information without an emotional investment. What adds to the disconnect, is the overload of comic relief and lack of focus on any specific topic. The book manages to provide a catharsis for the characters but not for the audience. The cast is more than competent but cannot overcome the tedious and disjointed script."
Read more

"A pleasantly engaging but uneven new show…The vigor of the placid Harry's position, which sharply contradicts everything he appears to have represented until now, seems an artificial device to light a firecracker under a relatively stagnant plot…Even more difficult to accept is how it's connected to something Harry experienced years ago…jarringly altering the lightly sentimental tone to which we've grown accustomed…The leads are all excellently cast."
Read more

"Runs the gamut from Borscht Belt shtick to tenderness to tragedy...The lyrics by the late Ellen M. Schwartz supplemented by lyrics by Cheryl Stern are often clunky...Director Evan Pappas keeps the action flowing smoothly. If you are expecting a play about Harvey Milk, you will be disappointed. I couldn’t escape the feeling that the show was crafted to pander to an audience that is Jewish, LGBT, or preferably both. It has its moments, but the uneven tone undermines it."
Read more

"One of those musicals that just has a little too much happening at once...A haunting story that tries to achieve a bit too much...Quite possibly the biggest triumph of 'A Letter to Harvey Milk' is its representation of a queer woman in a musical...It's safe to say that perhaps the source material may be flawed for adapting it into a stage musical. 'A Letter to Harvey Milk' tells an important narrative. It's just the execution that is a little lacking...It's unfortunate how dated the show feels."
Read more

"An unapologetic sweetness...that won me over despite the many flaws...The book has the feel of something hammered out in a sitcom writers' room, complete with some wince-inducing one-liners...The score is pleasant but equally generic and unmemorable...Economically directed...Put together on a stingy budget...The performances are sincere and well sung...What most appeals to me is the fact that this show isn't trying to be anything but what it is."
Read more

"We engage in fairly familiar emotional territory with the main conceit centering on homosexuality and acceptance, with a large schmear of Jewish humor...A very strong book and the three lead characters are given a lot to say and think about. The story arc surprised me and was very effective in peeling back the layers within both Harry and Barbara, and the letter that was written. The music and lyrics range from garden variety to schtick...The ballads are very good and memorable."
Read more

"Heller's Harry Weinberg and Knitel's Barbara Katsef are at the heart of the show...Heller gives Harry a connective personality...Knitel gives Barbara such a natural charm...This musical feels refreshingly simple and heartwarming...For 100 minutes you watch two people sing and accept that to have love in life, they must also have loss...'A Letter To Harvey Milk' is brisk in its impact. It seeds into your heart, and blossoms with love."
Read more

"Churning with good intentions, humor and delightful musical numbers...The play is curdling in a loaded plot, partly an homage to Harvey Milk...and a heavy-handed humanitarian message...Still there's plenty to enjoy thanks to earnest performances that tug at your heart and the entertaining musical score...The inspirational communications and backstory in the camps are spread with schmaltz but there is a lot of honey to savor."
Read more

"This musical is ambitious, especially for 90 minutes, and does an excellent job of keeping the storyline clear...If you are looking for one central show-stopping musical number, this show doesn’t deliver that as much as it has lyrical high points...What this musical may lack in lasting, highly-memorable songs, it more than makes up for in its storytelling and stellar acting performances—in my opinion, Heller’s performance is the standout."
Read more

"The musical is not just the clichés or the humor; instead, it shines a light on Judaism and homosexuality, on loss and on loneliness...The songs, while charming...are not particularly memorable. The jokes are sometimes strained...The show is better served when it separates the music's intentions and instead transitions mood through dialogue...With chutzpah and warmth, 'A Letter to Harvey Milk' is a moving exploration of Judaism and the trauma that comes from publicly being who you are."
Read more

"This new musical does a very nice job of taking a topic and making it fun and entertaining, while not overloading the audience with historical facts and political jargon...The letter itself is a beautifully written declaration...But what follows feels like a 90-minute musical about putting gays back into the closet...Could have such power and influence on those who don't understand the gay agenda and rights movement...Unfortunately, it seems to have been written by those people."
Read more

"Pleasantly surprised that the show offers so many twists and turns...As Harry, Heller is note-perfect...Sings beautifully and sells the songs, which are at times affecting and sweet but can veer into corny...Knitel is believable...Has a clear, lovely voice...The musical was difficult for me at first, but it builds tremendously to a genuinely moving climax that made me forget about having wanted to hear more about Milk himself - it is Harry's story, and he certainly has one."
Read more