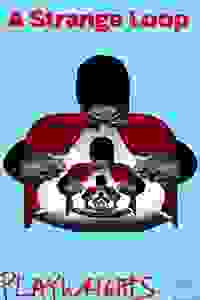 Don't see it if Excessive profanity and explicit sexual language is not your cup of tea. It wasn't clear if there was a catharsis at the end.

See it if Really great music. The story and performances are very realistic.

Don't see it if You are uncomfortable with occasional sexual references.

See it if u want to see a thoughtful, thought-provoking (& honest, personal) coming-of-age story that starts strong but eventually goes off-the-rails.

Also Michael R. Jackson's tale of Usher's battle with his demons is a bumpy, emotional ride that satirizes soppy storytelling & prosaic musicals in the brilliant first two-thirds of the show, then it becomes a victim in the last third of the very conventions it derides. There's a lot to admire here, and there's a fair amount that is just painful to endure. Overall, Jackson is someone to watch who presents an ambitious & cathartic meta-musical that may have been more effective without all the gratuitous vulgarity.... Read more Read less

See it if Super talent, Great staging The "usher" role is a gem. Supporting cast magic.

Don't see it if Risque. If done by others it would be called racist, Not for the faint of heart

See it if you like innovative, funny, serious, powerful musicals about character trying to belong within gay culture & African-American religiosity,

Also This show is wild and wonderful, hilarious and agonizing at the same time, the depth of anger is quite unusual for a musical but entirely understandable, occasionally hard to hear quickly spoken overlapped lyrics in sometime urban black dialogue, deliciously graphic, amazingly accurate descriptions of loneliness, frustrations, otherness, a great heart at its core, fascinating music and melodies with impressively creative and mature lyrics, impressive performances by a remarkable cast... Read more Read less

See it if you enjoy shows that explore themes of identity, self-loathing, homosexuality, or struggling to make your dreams come true.

Don't see it if you’re not into meta shows. Due to the deeply personal nature of this play, the story-telling devices employed can feel lazy.

See it if You love contemporary musicals about relevant issues (specifically, being a gay, black man) that are entertaining & have hummable scores.

Don't see it if You’re uninterested in navel-gazing stories, especially those about coming to terms with who you are and who you want to be.

See it if self portrait of a man passionately pouring his heart out about his life as black/ gay/overweight/sinner; heartbreaking & fearless.

Don't see it if not interested in the above, explicit sexual scenes, self loathing; 2 good songs, the rest are repetitive; could use a 10 minute edit.

Also Great ensemble and Larry Owens convincingly owns the role of Usher.
The play is original, entertaining & disturbing. Though absorbing, I often felt as though I was being hit over the head with a sledge hammer.
... Read more Read less

See it if You want a very emotional yet entertaining experience. Oozing with talent.

Don't see it if You’re priggish and have problems with gay life merged with black socio-political issues.

See it if A terrific cast performs a very personal musical. Owens was so raw that I thought he wrote the show himself. Moving.

Don't see it if There was quite a bit of discussion and depiction of gay sex. If you're squeamish about such things, perhaps this isn't for you.

See it if gay black man trying to come to terms with his own identity; his self-hatred coming from prejudices around him; funny;touching; uncomfortabe

Don't see it if don't like uncomfortable shows - explicit discussions of gay sex. (also an uncomfortable church scene where clapping along to music*

Also is encouraged but clapping to the message being sung is so wrong.
Whole cast is great but especially Larry Owens.
Gets a little tiring and repetitive at end.

See it if a perspective not often represented in a musical with great music and a fantastic lead performance. funny but then thoughtful.

Don't see it if explicit lyrics and subject matter may not be for all. second half could be trimmed a bit as it felt repetitive.

Don't see it if you were expecting high brow black theater, because this is very "Tyler Perry story-telling" style despite what it preaches! WORD!!!

Also I'm all about EXPANDING black theater beyond the "Chitlin circut" style way of story-telling, but despite the evening long sermon against the evils of Tyler Perry life narratives , this project goes on to follow in that very tradition with a different kind of Step 'n' fetch it character depicted grinningly by actor Larry Owens.... Read more Read less

See it if you want to see a unique, well-written and well-constructed show. Brilliant, emotional performances all around.

See it if You thrive on creative, bold, energetic, textured, theatre. Want to see a set of great performances -- especially by Owens, who plays Usher.

Don't see it if Are offended my strong language, sexuality,criticism of Christianity.

Don't see it if you're queasy about frank discussions of sex, dislike strong language, or prefer a traditional/linear/cliched musical plot.

See it if Hits all the right notes, Fabulous in story and execution. Raw and real. Great cast. This is (musical) theater. Nothing gratuitous.

Don't see it if Easily offended or insecure.

See it if You want to see a story that doesn't neatly fit into a particular box but is still effective.

Don't see it if You dislike non-linear theatre or pieces that look inward towards the author for inspiration.

Also "The key to life when it gets tough is to keep moving. Just keep moving." -Tyler Perry

Despite Michael R. Jackson's conflicted feelings about Tyler Perry, one can't help but feel that even Mr. Perry would have to love and appreciate A Strange Loop.

A Strange Loop feels as unfiltered and unrefined as iron ore. While it is at times uneven, there's so much raw power in it that it is impossible to deny.

Usher, portrayed by Larry Owens, refuses to conform to the many ideas of what it means to be a protagonist. He is utterly human. The ensemble is a wonderful collection of talent, and seeing each cast member take a stab at portraying Usher's mother was one of the highlights of the show, both comedically and dramatically.

I do hope this show continues to grow whether that means a transfer or receiving regional productions. I am a firm believer in keeping theatre weird and A Strange Loop manages to do so with the craft to back it up.

See it if You want to see a modern musical that features gay and black themes. Larry Owens delivers a superb performance.

Don't see it if You are looking for a typical musical. The music gets worse as the show goes on and gets confusing towards the end.

See it if A wildly entertaining and trenchant new musical that probes the inner and outer life of the protagonist via great songs and talented cast.

Don't see it if Frank explorations of sexuality offend you.

See it if if you like musicals and appreciate talented performers; if you want to see a dynamite performance by the energetic lead actor

See it if If you want to be the first to see something by one of the greats before they got all famous. Ambitious and brilliant

Don't see it if you’re a prude or your empathy is off.

Don't see it if you prefer shows with a traditional book and narrative structure. If you'll laugh inappropriately at things that aren't meant to be funny. 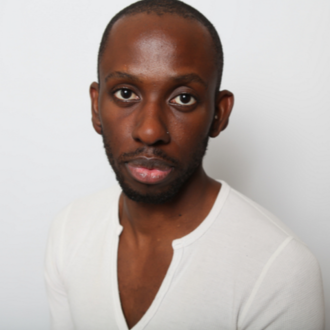